"Prayer to Dismantle the Roots of Rebellion"       by Paul Cox

From the desk of Steve Shultz:

...Please read this instruction carefully. Note that when Paul Cox speaks of the "ringing of the ears," he knows and states that there is clearly a distinction between a medical condition and actual witchcraft that is referred to in this story. So just because you have ringing in your ears, it does not mean that witchcraft is sent against you - but it COULD potentially mean that.

Either way, you should learn by this teaching and his experience, and since the prayer is based on Scripture, you can read a prayer of repentance such as this one (of many Paul and his team have written), and who knows what you might discover?

Just like Paul Cox, I too have learned that there can be, or often is a gap in time between our prayers of repentance and the moment we experience the healing we seek or the relief from a given spiritual battle. Now, be edified by this teaching and prayer by Paul and his team. I find it's often helpful to read a prayer out loud.

"Prayer to Dismantle the Roots of Rebellion"

I was in the air on an American Airlines flight, again. I was traveling home from a ministry trip to Germany and Switzerland, and my ears were ringing. I wondered if I was suffering from an inner ear medical condition called Tinnitus. The ringing did not stop after I arrived home. Day after day the ringing continued. Night time seemed the worst. Sleep would arrive but delayed by the constant sound.

On the fortieth day of ringing, I was in Deland, Florida, training a small group in a local church. I shared my frustration with the ringing and begged for any insight to alleviate the unending assault of noise. Some in the group shared how they had prayed against a "witchcraft stronghold" in a nearby town. As we compared notes, we were astonished to realize that their prayer confrontation was the same day that the ringing in my ears had begun. It was then that I counted the days of ringing and it had been exactly forty days.

Revelation began flowing! A stark realization occurred. I was actually hearing witchcraft. The ringing in my ears was witchcraft! That revelation began to lead to understanding. It was time to construct a prayer.

It was clear that I had to understand the nature of witchcraft. By definition, witchcraft or divination is the art or practice that seeks to foresee or foretell future events or discover hidden knowledge by the interpretation of "omens" or by the aid of supernatural powers. The word is first used in the Bible in Genesis 44:5, when Joseph sent his steward to retrieve the cup Joseph had planted in Benjamin's sack. The steward is told to say to Joseph's brothers that the cup was used for divination.

The New Bible Dictionary defines this Biblical word "divination" as the attempt to discern events that are distant in time or space, and that consequently cannot be perceived by normal means. It is possible that the word can have a "righteous" sense as one might speak of a prophet having clairvoyant gifts without thereby approving all forms of clairvoyance. Except in these rare contexts, divination and witchcraft are strictly condemned by Scripture.

Magic and divination are an attempt to find out information from superhuman powers. More precisely, magic is used to compel a god to do what one wishes and divination is used to secure information about issues and events that are not readily known to the person who practices this art. The word magic is derived from the word "magus," a priestly class in ancient Persia. In magic, it is believed that one can get in touch with the "gods" and these "gods" can be influenced to bring benefit to the magician or diviner.

Divination can be divided into two categories, internal and mechanical. The internal would consist of a trance-like state like that of a shaman. The mechanical nature of witchcraft would include material objects like such as sand, entrails of a sacrifice, or tea-leaves. The Bible mentions several types of witchcraft or divination. 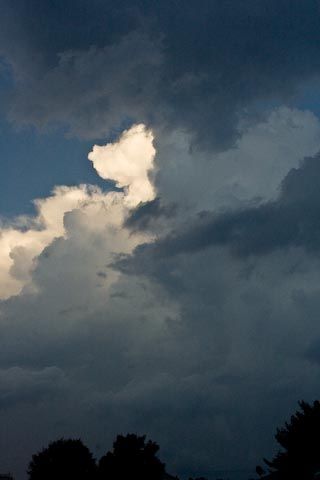  Rhabdomancy - Sticks or arrows thrown into the air and omens were deduced from their position when they fell. Hosea 4:12, Ezekiel 21:21.

 Hepatoscopy - Examination of the liver or other entrails of a sacrifice were supposed to give guidance. Probably shapes and markings were classified, and the priest interpreted them. Ezekiel. 21:21.

 Astrology - Astrology was making predictions based on the position of the sun, moon, and planets in relation to the zodiac and to the positions to one another.

In a remarkable passage, Samuel expands our understanding of witchcraft. Saul once again was disobedient to the will of the Lord. Because Saul has not obeyed the Lord in eliminating all of the sheep, Samuel has some words to say to Saul!

"Has the LORD as great delight in burnt offerings and sacrifices, as in obeying the voice of the LORD? Behold, to obey is better than sacrifice, and to heed than the fat of rams. For rebellion is as the sin of witchcraft..."   1 Samuel 15:22-23

So, witchcraft is the same as rebellion. But how? Rebellion is "opposition to one in authority." The Hebrew word mâriy is derived from the word marah meaning "to be contentious, be rebellious, be refractory, be disobedient towards, be rebellious against." The word is most used in terms of "rebellion" against the ways commanded by God.

What, then, is the connection between witchcraft and rebellion? Over the years, I have read several explanations of why witchcraft is the same as rebellion. Frankly, the explanations, although interesting, have not been satisfying. The Lord was about to show us something new.

I was ministering to a person and felt impressed to place my hand just off the left ear. I was surprised to feel anointing, but really surprised when I moved my hand a little further away from the ear, I could discern witchcraft. And then, I suddenly had the revelation from the Lord.

In generational rebellion, we give the enemy the right to take anointing off of us and when that happens, that anointing is transformed into witchcraft. That witchcraft is then sent against us! Witchcraft really is the same as rebellion!

Further revelation was to come. After showing to many different schools what the Lord had shown me, I thought, "If indeed someone is stealing anointing from us and shifting it into witchcraft, then who is that "someone?" As I felt under the flow of witchcraft, I was surprised that indeed I did feel something. As I felt the spiritual outline of that entity, I realized it was a "spiritual force."

It is my belief that these beings are in some way "inter dimensional" because Scripture tells us that they war in "heavenly places." I sense these fallen "spiritual forces" pervert the anointing of the Lord, corrupting that anointing and changing it into witchcraft.

A full day of discussion had taken place. The prayer was written and we prayed the prayer. I waited to see a difference, but there was no change. Had we missed the mark? As I went to bed that night, the ringing was still continuing. Could I live like this? As I escaped my sleep the next morning, I was aware there was something different. There was no more ringing. The prayer had worked!

Prayer to Remove the Roots of Rebellion

Here is the prayer we constructed:

In the name of the Lord Jesus Christ, I repent for all generational idolatry.

I repent for all personal and generational rebellion, stubbornness, and disobedience that has contributed to witchcraft in my life and in my generational line.

I repent for all envy and jealousy of the mind, physical bodies, and personalities of others.

I repent for any worship of myself and any need of personal recognition.

I repent for all envy and jealousy of the spiritual giftings and capacities of others.

I repent for myself and for those in my generational line who did not guard the gates of the spiritual and physical senses.

I repent for choosing my will above the will of the Lord.

I choose to owe no one anything, but to love one another.

I choose to cast off the work of darkness and to put on the armor of Light, the Lord Jesus Christ, and to make no provision for the flesh, to fulfill its lust.

I choose to walk only according to the grace and anointing God has given to me.

I choose to walk in unity with my brothers and sisters in the Lord.

I choose to follow Christ, living a life of love, preferring others above myself.

I choose to yield and surrender my personal rights so that I might serve the Lord wholeheartedly.

I choose to be devoted to one another in brotherly love and to honor one another above myself.

I will never be lacking in zeal, but will keep my spiritual fervor, serving the Lord. I will be joyful in hope, patient in affliction, and faithful in prayer.

I will share with God's people who are in need. I will practice hospitality. I will bless those who persecute me. I will rejoice with those who rejoice and will mourn with those who mourn. I will live in harmony with other Believers.

I will not be proud, but I will associate with people of low position. I will not be conceited. I will not repay evil for evil. I will have regard for the good things in sight of all men. I will live at peace with everyone. I will not take revenge on others.

Lord, will You please disconnect me from any evil network, and I break all ungodly ties between the abode of the enemy and myself.

Lord, please remove the generational tree of the knowledge of good and evil.

Lord, I now take back any godly anointing, energy, authority, finances, and health given away and perverted because of my sin and my ancestors' sin.

I declare that You, Lord Jesus Christ are the head,

and You are Lord over all!

Permission is granted (and you are also encouraged) to reprint these articles in hard copy form, as well as sending them to your own email lists and posting them on your own websites. We ask only that you keep ElijahList website, email contact info, and author contact information intact.