Your Greatest Awakening is Upon You!"

Recently as I sat with the Lord, I was surrounded by this incredible excitement and stirring in my spirit concerning the women of God: "Daughters of Mine, your greatest awakening is upon you!"

I began to hear myself prophesying, "Women of God - your greatest awakening is upon you!"

I was struck by these two phrases and instantly I felt the Lord speaking to me that the greatest awakening that we have ever seen in women across the Body of Christ is happening RIGHT NOW and He is awakening women to:

1. Their identity as His DAUGHTERS.

2. He is maturing His daughters in the revelation of their identity right now into WOMEN - the AWAKENING of their authority and greater responsibility.

"I am awakening My daughters. I am awakening women in the Church to who they are and what I have called them to. This is the season where women are being set on fire by the fire of My love like never before - burning for Me, awakened in their giftings to the creativity, and gifting and anointing over their life."

I watched in this encounter as I saw women in ALL their roles being awakened by fire and awakened to their giftings, creativity and influence. From mothers, to teachers, to speakers, to lawyers, to writers, to missionaries, to painters, to artists, to dancers, to students, to prophets, to pastors... I saw women AWAKENED to their sphere of influence ALL across the Body of Christ.

SUDDENLY fire will fall from on high, like in Acts - like a MIGHTY RUSHING WIND and women will be SUDDENLY AWAKE and PRESENT in a whole new level of INCREASE. This will be especially in the areas where they felt overwhelmed and felt like they weren't going to survive; the fire of God was falling and the "barely surviving" was turning to "FRUITFUL THRIVING!"

"I am awakening and releasing CREATIVITY in new levels in women all across the Body of Christ. Doors of significant favor are opening to them and they will be positioned in places of great influence to release the impartation of My heart and love into those areas. Creativity will NO LONGER be locked away over many women.

"NO LONGER will creativity be hindered anymore. I am BREATHING on creativity all across the Body of Christ as My daughters arise in a whole new level of creativity and fire. Explosive doors of creative favor are opening up this year!"

I Call You "Women of Destiny!"

In this encounter with the Lord I saw DESTINY DNA being released into women all across the Body of Christ as they continued to seek His heart. As His daughters continued to give the Lord their YES, DESTINY was exploding everywhere!

"I call you WOMEN OF DESTINY because I am RELEASING YOU FURTHER into your DESTINY in this season and RISING YOU UP as powerful women who know who you are in Me to RELEASE DESTINY in others and to SHAPE AND CHANGE HISTORY! This is the time I am rising up My daughters with a NEW, LOUD, ROAR!"

I Am Rising Up Women with a New Roar!

"There is a new roar of authority that is rising up in My daughters all across the world. Deeper encounters are coming for My daughters all across the earth right now that is awakening the ROAR that I have placed within them. I am rising up women with a NEW ROAR that has come from the place of intimacy - that will see women SUDDENLY placed in SIGNIFICANT and STRATEGIC places of influence to release a ROAR of My love and authority, a stand against injustice in My name, and see groundbreaking breakthrough and shifts."

I kept hearing these words over and over. I saw the map of the world and I saw women popping up in positions of influence all over the world! From mothers to prophets meeting with world leaders, I saw the Lord releasing SURPRISING POSITIONING for women all across the Body of Christ - all across the world in this season for NEW MISSIONS!

The Lord is releasing new assignments, new alignments and missions, and these will be the VERY THINGS that the Lord has been preparing you for in this season. 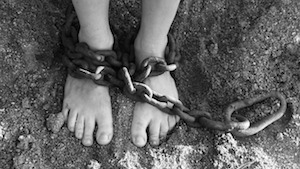 I heard the Lord say:

"I am releasing a PIONEERING SPIRIT over women across the Body of Christ right now. I am BREAKING the chains of FEAR, comparison and insecurity over women as they press into Me and rising them up with a COURAGE to go where others have not gone - to pioneer new assignments, new lands, new missions for Me that HISTORY will WRITE ABOUT! (Photo via Pixabay)

"What many of My daughters are about to step into right now in this season, HISTORY is going to write about because I am birthing women as fearless warriors from the place of divine love, awakened to My love, that will take ground and release the sound of VICTORY across the world in a whole new way.

"The VERY PLACES where the enemy has attempted to keep My daughters silent and hidden are the very areas where I am going to IGNITE with My favor, provision and increase in this season to see DESTINY released IN and through them."

I saw high level book deals, doors of extravagant favor in media, government, business, arts, and education flying WIDE OPEN to women in this season. These are those who have followed the leading of His Spirit and given Him their yes - He is moving them to places of promotion and favor beyond their wildest dreams.

"Dreams are coming to pass SUDDENLY for My daughters all across the Body of Christ. It's time! It's time! It's time for My daughters to arise! I have saved the best till last! Gold class promotion and favor is coming upon My daughters that have said YES. The Esther's are now being called for! You have been prepared! Arise! Arise! Arise! Don't hide! Now is the time to ARISE and SHINE, and as you are called for, know that you have been prepared and have ALL that you need to accomplish ALL that I am asking you to do in your place of influence."

Lana Vawser is an active member of the Australian Prophetic Council and releases prophetic words for the Body of Christ and nations, and is featured regularly on The Elijah List and in Charisma Magazine. She is also an itinerant preacher and revivalist who is traveling regularly with her family, seeing powerful moves of God. Lana has a strong, prophetic voice and has a heart to see the Body of Christ develop deep intimacy with Jesus and actively hear His voice each day. She also has a heart to see people set free and walk in all that Jesus has purchased for them as they carry Christ into their world each day, awakened to His nature and who they are in Him. Lana is married to Kevin, and they are living in Brisbane, Australia, with their two sons.