"Orlando, Can You Feel the Pulse of the Father's Heart?"

The senseless killings in Orlando, Florida over the last week have caused many of us in the Body of Christ to pause. In less than one week the enemy who prowls around like a lion actually devoured many innocent human lives as we sat stunned, watching in abject horror.

It was an inconceivable act when Christian singer Christina Grimmie was shot and killed at the Plaza Live in Orlando. The rising star was signing autographs when a twenty-seven-year-old crazed fan pulled out a weapon and shot her. Grimmie identified herself as a Christian; before moving to Los Angeles she and her family attended Fellowship Alliance Chapel in Medford, NJ.

Little did we know that her tragic death was only the beginning of a much larger killing spree that would follow the next day. An American-born ISIS follower from Orlando was "cool and calm" after gunning down forty-nine innocent people early on Sunday at the Orlando Pulse nightclub before losing his own life. This was our nation's worst terrorist attack since 9/11 and the deadliest mass shooting on record in the U.S. Our deepest sympathy and prayers go out to the families of the victims.

Then, just as our nation was reeling from the shock of such senseless acts, two-year-old Lane Graves was killed when an alligator dragged him into the Seven Seas Lagoon at Disney's Grand Floridian Resort & Spa. It was another heartbreaking, senseless death for Orlando to endure. Our hearts go out to the grieving family.

"I Will Not Be Undone"

When we see news reporting senseless acts of bloodshed we stop to wonder how such things can occur and we're often tempted to cast blame and try to find simple fixes. But the truth is that, no matter where we stand politically, human beings have no easy fixes for the deeper issues beneath the surface.

Rather we must realize that while there is the unseen battle for the heart of Orlando and the enemy has struck hard, our God is faithful and will have the final word. I sense the Lord saying, "I will not be outdone." Though the battle rages on, God is still on the throne, and is fighting for territories, cities and individuals, and, in the end, He will be victorious. (Photo via dreamstime)

Our battle is not with human flesh but against the spirit of murder and rage that has been unleashed on Orlando, Florida. The name Orlando means "famous land", and I sense the Lord saying that the enemy has targeted Orlando because God is about to break forth and make "famous" His name throughout that city that will shake the very foundations of Hell. Revival has been stirring there for many years and has enraged the enemy because he knows his time is short. We may be tempted to give in to fear and panic, but we must not let that happen.

More than ever before, we must choose to fix our gaze upon Jesus and choose to rest on the promises in His Word. Remember that He will be our very present help in time of need. He will never leave us or forsake us. He is not surprised by what is happening. Scripture tells us that, before the end, we will see the darkness grow increasingly darker, but when that happens, the brilliant light of His glorious presence will stand out in vivid relief.

In fact, I daresay that His name will be exalted as He sweeps the Orlando area with a mighty revival that will move out to other areas like a wave that cannot be stopped, turning men's hearts to Him and transforming the places that it touches. This is only the beginning of a mighty move of God.

God is Calling the Intercessors

I sense the Lord calling the intercessors to begin to fast and pray over the children and youth of Orlando. Satan has hit hard, going after the "pulse" of our nation only because God is raising up a generation from that region with the ability and anointing to change the world. I prayed about these violent events and sense that such senseless deaths were brought on by satan himself.

I sense the Lord saying, "Revival is coming to Orlando. I am raising up the 5-fold ministry within that city and I am sending godly teachers there to build up the local churches, watering them with the Word and training them for war. I see strongholds and walls coming down as My people pray and fast. This war will not be won with only a simple battle. I am giving My people vital strategies, enabling them to move through the region in power, breaking the hold of the enemy."

I see a Fatherless generation unconditionally loved by spiritual fathers and mothers of the faith. I see men of God with a Todd White-type of anointing moving through Orlando with clear signs and wonders following.

"My hand moving will be a clear testimony of My plans and purposes for Orlando. I am the 'Famous One' and I will breathe on My city once more. Walls will come down for the battle is the Lord's, and I will not be outdone!"

Steve and Diane Porter are founders of Refuge Ministries. They believe that, through the presence of God, healing takes place. They have a passion for conducting presence-driven intimacy conferences, missions, and restoration ministry. Steve has written many books and has a special anointing to bring forth the deep truths of the Spirit, with a clarity and simplicity that draws one up into a closer walk and deeper relationship with our Lord Jesus Christ. His speaking engagements take him internationally. Steve's passion is conference speaking and writing devotional books that draw the reader into the very presence of God. Steve's books, articles, and videos have touched countless lives around the world. They reside with their two daughters near Rochester, New York. 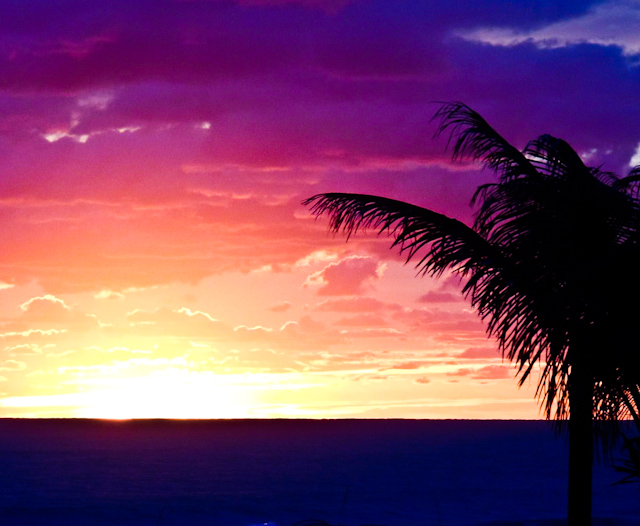 "The Fiery Love of the Father Over Florida"

My heart was grieved for Orlando when I heard the news of what took place in the nightclub on June 12th. I instantly remembered some of my most treasured encounters that took place as a result of what God poured out in Lakeland in 2008.

At the time my life was at a standstill, dealing with inner turmoil as a result of a fatherless childhood and an orphaned relationship with God that was suddenly being brought to the surface. God was pouring out something that was sparking me into a life of knowing Him deeply, and so through this outpouring began my journey of healing and reconciliation to the heart of the Father.

So as I began to pray and inquire of the Lord in worship, I felt like I was hovering over the state of Florida and saw both what the enemy's plans were and also God's ordained destiny for that region.

I saw the people of God in travail over the region long ago, crying out for mercy and justice. I saw principalities that had been in dominance, but in particular, a spirit that sought to hinder people from encountering God's heart and knowing who they were. Then, in response, I saw an arrow fired into the ground.

The arrow was covered in fire and as soon as I saw it I felt the Love of the Father and I knew this arrow had come to restore where the enemy had sought to rob people of a true connection with who they were called to be, and know intimately the perfect Love of a Father.

I believe that IDENTITY is the core crisis of America right now. If you look at the high profile issues of the nation today you will see identity crisis at the center of them; a response of pain from those who simply don't know who their daddy is. Even in the Church there is a shift taking place where we are coming back to the simplicity of connection and union with God, leaving behind the heavy yoke of religion, fear of man, and everything that has stolen our gaze from our beloved.

I saw the heart of the gunman for a brief moment, a man living a secret life of shame and condemnation, searching for love, for something that would take it all away, wanting just to hear what his heart was longing for, to know he wasn't a mistake, unworthy, unlovable. All the people within that place that night were also just people searching for the pulse of Heaven...they just found it from the wrong source.

This is a generation crying out, "Who am I?" and Heaven is answering back with the emerging of an army of secure and powerful sons and daughters of thunder who are rising up to expose the lies of the enemy in this hour, setting free every captive who has been in hiding.

The Ishmael spirit seeks to silence the voice of this Isaac generation but the enemy is now beginning to feel the threat of the ground trembling as sons and daughters are being awoken from their slumber, armed with their secure identity in the Father with their gaze set on the Son. They are awakening to their true destiny just as Romans 8:19 prophesies: "All of creation waits with eager anticipation for the manifestation of God's sons and daughters." Their voices will echo throughout the earth, calling forth the lost and broken.

This is not a time to fear. When Esther was surrounded by those who sought to silence her and God's people, she chose to align with Heaven and confront the enemy head on, which hung the enemy on his own plans. You too were born for such a time as this, and right now God is calling His beloved out of the shadows and into His marvelous light to be a LIGHT to the nations.

Nate Johnston is a revivalist and worshipper who has a heart to see sons and daughters unleashed into passionate friendship with God and an effective supernatural lifestyle. Through his ministry "Everyday Revivalists," he teaches on intimacy and hearing God's voice which was birthed from a hunger for authentic, real, and powerful relationship with Jesus. Nate grew up in the Church but always hungered to go deeper and experience God further than he had seen, and this hunger initiated a series of radical encounters and adventures into the "MORE" of God that was always available. He is married to Christy and is the father of two daughters, Charlotte and Sophie, and currently lives on the Gold Coast in Australia.