The earth it shook, the waves they roared.

The proud and arrogant died.

They floated on waves engulfing their town

And their life they could never buy.

Tsunami threw the ships so tall, against the homes so proud!

While earth opened up to swallow the rich

Who never to God did bow!

Who drank and killed 'most every day,

They practiced their sin-traffic all the while

They were blind to eternity's Way.

Hah-ma-e-ca surely paid the price for

The lives they squandered in sin.

But faithful children have turned to their God

And their new lives did begin. 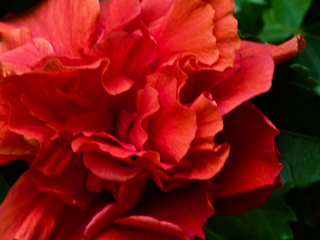 Hah-ma-e-ca is the phonetic pronunciation of the Spanish name,

Jamaica. In English, it translates to the hibiscus flower.

On June 7, 1692, Port Royal, Jamaica suffered earthquakes and a tsunami which swallowed people alive, sent water and ships onto the land, and opened graves.

Surviving Believers entered into desperate prayer. Eventually after many years, Jamaica was visited with a powerful move of God.

Three-hundred-twenty-four years later, the story was retold by William Federer of American Minute, and published on June 7, 2016, on WND.com. You can read it by copying and pasting the following