McCarthy: 'No such thing as a moderate Islamist'

WASHINGTON - The White House isn't commenting on the exposure of a secret presidential directive, but critics tell WND it confirms what they feared: The Obama administration has an official policy of backing so-called "moderate Islamists," including the jihadist group the Muslim Brotherhood.

A source familiar with the document told the Washington Times the "policy of backing the Muslim Brotherhood is outlined in a secret directive called Presidential Study Directive-11, or PSD-11."

The governments of Saudi Arabia, Egypt and the United Arab Emirates officially consider the Muslim Brotherhood a terrorist organization, but the presidential directive reportedly shows the White House considers the group a "moderate" alternative to ISIS and al-Qaida.

Former federal prosecutor Andrew McCarthy, who has written extensively on the subject, told WND the Muslim Brotherhood "is not moderate" and "there is no such thing as a moderate Islamist."

The identical response was given to WND by Iran specialist Clare Lopez of the Center for Security Policy.

"The Muslim Brotherhood is a jihadist organization, from the day of its founding and remains so to this day," she said.

Whether violent or not, she said, all jihadists, such as the Muslim Brotherhood, seek the same two things: "Islamic governance and enforcement of Islamic law, or Shariah."

Former Rep. Michele Bachmann, R-Minn., who tried to launch an inquiry three years ago into Muslim Brotherhood infiltration of the federal government, told WND, "It confirms the questions I originally asked of the inspector generals of five agencies."

Frank Gaffney, former assistant secretary of defense during the Reagan administration, and president of the Center for Security Policy, said PSD-11 was part of a series of mistakes that "were the consequences of embracing, legitimating, funding and even arming the Muslim Brotherhood."

"They will prove to be among President Obama's worst security policy legacies - and that's saying something!"

Nation of Islam Minister Louis Farrakhan went a step further than saying there are no moderate Islamists; he stated there is not even a moderate Islam.

A tweet from a supporter quoted Farrakhan as saying, "What is moderate Islam? There is no such thing," during a speech at Shiloh Baptist Church in Washington, D.C., on June 1.

McCarthy is a New York Times bestselling author, Fox News analyst, contributing editor at National Review and a former adviser to the deputy secretary of defense. As chief assistant U.S. attorney in New York, he successfully prosecuted the perpetrators of the first World Trade Center bombing.

In his 2010 bestseller, "The Grand Jihad: How Islam and the Left Sabotage America," McCarthy described an internal Muslim Brotherhood memorandum that revealed the groups' grand plan to destroy the West from within by having its component organizations collude with credulous Western governments and how it had found the ideal partner in Obama.

McCarthy told WND, "The Muslim Brotherhood is not moderate - not in its theoretical orientation and, as we've seen in Egypt, not in practice when it has a chance to govern.

"And it is simply a fact that many of the world's most violent and influential jihadists got their start in the Muslim Brotherhood. It is a gateway to violent jihadism - not in all cases, but in many."

McCarthy has described non-violent jihad as just as great a threat as violent jihad, because they are both means to overthrow Western governments and install strict Islamic law, or Shariah.

In a recent article in which he described the government's "cognitive dissonance in seeking out 'moderate Islamists,'" McCarthy stressed, "If you want to say that some Islamists are not violent, that is certainly true. But that does not make them moderate."

McCarthy explained in greater detail to WND how "non-violent" does not mean "moderate" when it comes to Islamists.

"'Islamist' is the term we apply to those who believe in Islamic supremacism, which is essentially the imposition of classical Shariah (which recognizes no separation between spiritual and political life)."

He called it "a system that rejects individual liberty and is deeply discriminatory against women, non-Muslims and homosexuals."

"Consequently, it is not 'moderate.' A person with extreme, anti-Western views is not a moderate, regardless of whether he is willing to commit acts of terrorism to impose his views on society."

Lopez, who honed her analytical acumen during 20 years of service as a CIA field operative, and who served as an instructor for military intelligence and Special Forces students, described the difference between violent and non-violent Islamic extremism as merely a difference in timing and tactics.

"ISIS, al-Qaida and Boko Haram for example, tend to stage violent attacks in an effort to destroy the will to resist among the enemy and also to punish the enemy, or infidel, for refusing to accept or implement or follow Islam faithfully."

"On the other hand, " she said, "the Muslim Brotherhood tends to take a longer-term approach that works patiently to infiltrate and subvert a target government, whether infidel or 'unfaithful Muslim,' from within."

Lopez insisted it doesn't make sense to work with any Islamist groups, "when all are jihadis and all want to destroy our civilization & subjugate us to Shariah."

Bachmann referred to the Muslim Brotherhood document seized in an FBI raid on suspected terrorists "delineating their plan to destroy the 'miserable house of the U.S. from within civilization through jihad.'"

McCarthy told WND the Obama administration did not originate the problem of Islamist infiltration of the U.S. government, but it has greatly exacerbated that problem.

"Obama officials have intentionally sought to ally with Islamic supremacists, even those connected to terrorist organizations, on the harebrained theory that these Islamists will promote stability - i.e., they will work with us against jihadist organizations like al-Qaida, even though they share al-Qaida's Shariah ideology and hostility toward the West."

Gaffney told WND that "such a policy shift was the predictable consequence of having individuals associated with the Brotherhood holding positions of influence in the Obama administration and/or serving as advisers to several of its senior members, including the President, himself."

He said examples of such individuals could be found in a course on his center's website, along with a detailed treatment of the policy repercussions of such penetration.

The problem of increasing Islamist influence in America has been compounded, critics say, by the Obama administration's policy of admitting tens of thousands of poorly vetted Muslims from countries where Islamism is prevalent.

"All the while," said Bachmann, "knowing many of the Muslims would prefer living in Muslim societies dominated by Islamic Shariah law, a governance system known for its incompatibility with the U.S. Constitution." 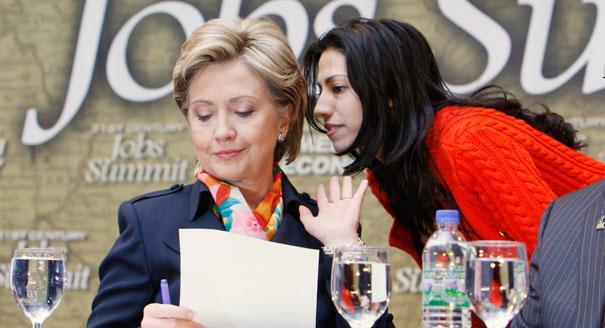 Bachmann was one of five Republican Congress members who stirred bipartisan controversy in 2012 by raising concern about Muslim Brotherhood infiltration in the nation's capital.

She also publicly questioned the role of Clinton's top aide, Huma Abedin, because of her and her family's extensive documented ties to the Muslim Brotherhood.

McCarthy told WND that Abdedin's role in State Department policy still should be explored in light of her considerable Islamist connections.

"Her role should not be overstated - Hillary Clinton, like President Obama, has a record of sympathizing with Islamists, and Ms. Abedin's influence on U.S. policy is more an effect than a cause of her boss's predilections."

"Still," he added, "the State Department has aggressively pushed Obama's policy of empowering the Muslim Brotherhood. It would be foolish to assume that the implementation of that policy was unconnected to the installation of pro-Islamists in high-ranking policy positions."

Gaffney told WND: "It is deeply regrettable that the sorts of serious and legitimate questions about Muslim Brotherhood infiltration of key agencies posed by Reps. Bachmann, Franks, Gohmert, Rooney and Westmoreland in June of 2012 were never the subject of investigations - either before or subsequently - by the Inspectors General of the Departments of State, Treasury, Defense and Homeland Security and the Office of the Director of National Intelligence." 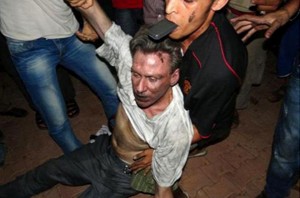 "Had they been," he speculated, "we might have averted myriad disasters, including, but not limited to: the debacle in Libya (inter alia the murderous attack on our facilities in Benghazi); the installation of a Muslim Brotherhood regime in Egypt; our arming al Qaida and Islamic State forces in Syria; turning a blind eye to the increasing Islamic supremacism of a putative NATO ally, Turkey; undermining our ally, Israel; abandoning Iraq; releasing five top Taliban commanders in exchange for a deserter, etc."

How should the U.S. deal with Islamism?

McCarthy told WND the better approach would be "to accept that the challenge we face is Islamic supremacist ideology, which fuels both the terrorist threat and the broader Shariah-based challenge to our liberties, particularly free speech."

"Our foreign policy should be based strictly on American interests. Foreign policy often involves having to sort out bad actors from worse actors, and any involvement with bad actors ought to be limited to what the protection of our interests requires - it is not our job to remake Islamic societies."

He suggested, "We should resist alliances with Islamists, deal with them only to the extent our interests require it, ditch the notion that they are an asset rather than a liability in confronting violent jihadists, and - where we can do so usefully - promote pro-Western Muslims who reject Shariah supremacism."

Lopez indirectly referred to the Obama administration's refusal to use the words "Islamic extremists" by counseling that the U.S. should "name the enemy" as "all who fight or support jihad to impose Shariah."

"Declare war against that enemy. Study the enemy. Know the enemy. Then deploy a whole-of-government approach to defeating that enemy utterly."

Lopez also pointed out the existence of the presidential directive effectively making it the policy of the administration to support "moderate Islamists" was actually made public a year ago by Gulf News, a publication not widely known in the U.S.

The story detailed a wide range of Obama administration contacts and meetings with Muslim Brotherhood members, including the late U.S. ambassador to Libya, Chris Stevens, who was killed in a terrorist attack in Benghazi under the murkiest of circumstances.

Gulf News had reported attempts were under way to obtain State Department records documenting its dealings with the Muslim Brotherhood using a Freedom of Information, or FOIA, request.

The Washington Times reported, "Efforts to force the administration to release the directive or portions of it under the Freedom of Information Act have been unsuccessful."

Jill Farrell, spokeswoman for the watchdog group Judicial Watch, told WND the presidential directive can not be obtained by FOIA.

"The White House itself is not subject to FOIA," she said, "however, we have been actively making FOIA requests to the State Department and others in the federal alphabet soup that might possibly uncover communications with the White House, as we did with our Benghazi inquiry that blew the lid off with the (Deputy National Security Adviser) Ben Rhodes 'not a failure of policy' email."