'Scripture attests that perversions violate the law of the land'

In a stunningly blunt brief, a team of lawyers acting on behalf of a number of Christian and liberty-focused organizations has told the U.S. Supreme Court that to mandate same-sex marriage is to invite God's judgment.

And that's probably not going to turn out well.

The brief was filed by the William J. Olson law firm and the U.S. Justice Foundation on behalf of Public Advocate of the U.S., Joyce Meyer Ministries, the Lincoln Institute, the Abraham Lincoln Foundation, Institute on the Constitution, Conservative Legal Defense and Education Fund and pastor Chuck Baldwin.

The Supreme Court is to hear arguments later this month in a case coming from the 6th U.S. Circuit Court of Appeals in which judges said state residents are allowed to define marriage in their state. The appeal to the Supreme Court contends barring same-sex marriage violates the U.S. Constitution.

Other briefs already have pointed out that marriage existed before any government, law or constitution, so the judiciary doesn't have the authority to allow people to simply change the definition.

The new brief goes much further.

"Should the court require the states and the people to 'ritualize' sodomite behavior by government issuance of a state marriage license, it could bring God's judgment on the nation," the brief warns. "Holy Scripture attests that homosexual behavior and other sexual perversions violate the law of the land, and when the land is 'defiled,' the people have been cast out of their homes."

The brief cites Leviticus 18:22 and 24-30, a biblical passages that seldom finds its way into popular discourse.

Verse 22 states, "Do not lie with a man as one lies with a woman; that is detestable."

And the subsequent section warns against such defilement.

"If you defile the land, it will vomit you out as it vomited out the nations that were before you. ... Keep my requirements and do not follow any of the detestable customs that were practiced before you came and do not defile yourselves with them," the Old Testament passage states.

The court filing, citing the book of 2nd Peter, continues: "Although some would assert that these rules apply only to the theocracy of ancient Israel, the Apostle Peter rejects that view: 'For if God ... turning the cities of Sodom and Gomorrha into ashes condemned them with an overthrow, making them an ensample unto those that after should live ungodly'" (King James Version).

The brief says the "continuing application of this Levitical prohibition is confirmed by the Book of Jude: 'Even as Sodom and Gomorrha, and the cities about them in like manner, giving themselves over to fornication, and going after strange flesh, are set forth for an example, suffering the vengeance of eternal fire."

"God's Word doesn't need a majority vote. God's Word is true regardless of the winds of moral change, and we must stand up for biblical truth in the midst of a depraved society."

Their brief also was filed in the Obergefell v. Hodges case, where the 6th Circuit ruled residents of Kentucky, Michigan, Ohio and Tennessee can define marriage for themselves.

"In reaching its decision, this court should reaffirm that the Free Speech Clause of the First Amendment protects religious dissenters who disagree with state-recognized same-sex marriage and to reaffirm the importance of free debate and free inquiry in this democratic republic," the brief states.

"We hope the Supreme Court will use this opportunity to affirm the Sixth Circuit and reaffirm the constitutional rights of all Americans to speak and act according to their beliefs," he said.

When the Alabama Supreme Court prevented a federal judge from imposing same-sex marriage there earlier this year, it argued the U.S. Supreme Court affirmed the right of states to decide the issue when it overturned the federal Defense of Marriage Act in the Windsor case.

In its order, the Alabama court wrote: "An open question exists as to whether Windsor's 'equal dignity' notion works in the same direction toward state laws concerning marriage as it did toward DOMA. The Windsor court stated that 'the history of DOMA's enactment and its own text demonstrate that interference with the equal dignity of same-sex marriages, a dignity conferred by the states in the exercise of their sovereign power, was more than an incidental effect of the federal statute.'"

"Thus, the 'dignity' was conferred by the state's own choice, a choice that was 'without doubt a proper exercise of its sovereign authority within our federal system, all in the way that the Framers of the Constitution intended.'"

The Alabama court thus asked: Why, if New York could make that choice, would Alabama be deprived of exactly the same choice?

"The problem with DOMA was that it interfered with New York's 'sovereign' choice," the Alabama court said. "Alabama 'used its historic and essential authority to define the marital relations' and made a different 'sovereign' choice than New York. If New York was free to make that choice, it would seem inconsistent to say that Alabama is not free to make its own choice, especially given that 'the recognition of civil marriages is central to state domestic relations law applicable to its residents and citizens.'"

The new brief makes several other points, including that the "constitutional foundation" for the "'right' to marry any person of one's choice" is simply fabricated.

"The same-sex advocates have posited that their right to marry is an evolutionary one, having gradually emerged from the dark ages of the common law into the full bloom of a social science consensus of marriage equality," the brief explained.

But to travel that path would be to "ignore what [the court] clearly acknowledged in Marbury v. Madison - that the power of judicial review is limited by the words of the Constitution, and by its original purpose - to secure the right of the people to limit future governments by principles designed to be permanent, not to empower this court to change the Constitution to fit the changing times."

On the issue of homosexuality, the American people "have seen a flurry of judicial opinions with 'no foundation in American constitutional law' overturning laws which were 'designed to prevent piecemeal deterioration of the sexual morality' desired by the people."

"These opinions together constitute what [was] described as 'an act, not of judicial judgment, but of political will.'"

The problem is social science isn't static, the document said.

The brief said today people are being told that marriage cannot constitutionally be based on "a divinely revealed moral foundation, but only according to the secular reasons of men." 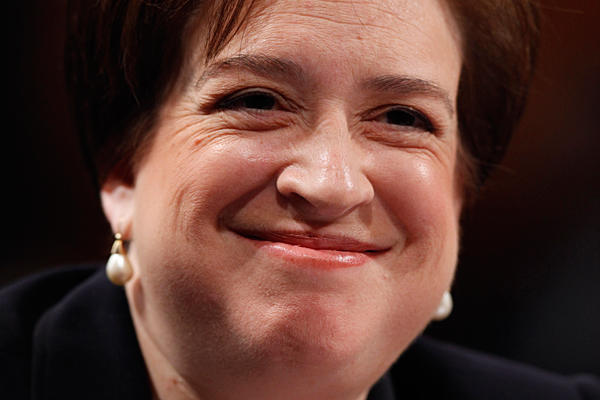 "The nation was not so founded. The Declaration of Independence, the nation's charter, grounded our nation on the biblical 'Laws of Nature and of Nature's God,' embracing the principle that all men 'are endowed by their Creator with certain unalienable rights,' putting its case for liberty before 'the Supreme Judge of the world,' and acting in 'firm reliance on the protection of divine Providence.'"

Such a change would require the "entire revision" of every family law in the country, closure of adoption agencies and government persecution of those who preach against homosexuality, the brief warns.

And there would be no logical barrier to three men or three women marrying: "Why not an uncle and a niece as in New York?"

"The current accepted vernacular is said to be "lgbttqqiiaa+," standing for "lesbian, gay, bisexual, transgender, transsexual, queer, questioning, intersex, intergender, asexual, ally and beyond," the brief notes. "Indeed, some consider pedophilia to be a legitimate sexual orientation, returning us to the pagan pederasty of ancient Greece."

Nearly all orders for states to recognize same-sex marriage have come from federal judges. The judges have simply overridden the will of the state's residents who voted, often overwhelmingly, to define marriage as the union of one man and one woman.

That was the scenario in California, where the fight over marriage ended up at the U.S. Supreme Court, which ruled only on a technicality - the standing of those supporting the state constitution - and not the merits of the case.

Of the three dozen states that now have been forced to recognize same-sex marriage, only a handful enacted it through their own legislative or administrative procedures.

The Alabama court noted: "Only 12 states have accepted same-sex marriage as a result of choices made by the people or their elected representatives. The 25 other states that now have same-sex marriage do so because it has been imposed on them by a federal court."

Baxter said the court's decision to overturn a "deeprooted" standard for marriage opened a Pandora's box.

"Who can say that, in 10, 15 or 20 years, an activist court might not rely on the majority's analysis to conclude, on the basis of a perceived evolution in community values, that the laws prohibiting polygamous and incestuous marriages were no longer constitutionally justified?"

Two justices of the U. S. Supreme Court already have made a public stand for same-sex marriage, having performed ceremonies.

The actions by Elena Kagan and Ruth Ginsburg have prompted citizens groups to call for them to recuse themselves from the coming decision, but they have declined to do so.

"Both of these justices' personal and private actions actively endorsing gay marriage clearly indicate how they would vote on same-sex marriage cases already before the Supreme Court," the American Family Association said.