Two weeks ago, President Obama said he didn't want to meet with Benjamin Netanyahu because he didn't want to influence Israel's elections. But sources close to the administration are accusing him of doing exactly that -- and with taxpayer dollars! Senators from both parties are digging deeper on possible State Department ties to the Prime Minister's opposition -- a bombshell accusation that could put the White House in even more of a precarious situation with our most important ally in the Middle East.

A Senate committee of Republicans and Democrats officially launched an investigation into the DOS's involvement in efforts to oust Netanyahu and what knowledge or involvement the President may have had. Fox News broke the story that the administration may have been quietly interfering in the elections, which take place tomorrow across Israel. 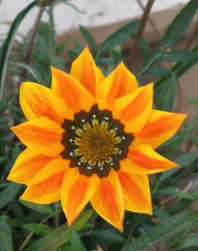 Although the President's disdain for the Prime Minister isn't a secret, evidence of taxpayer-funded tampering would be a stunning twist in the two leaders' already strained relationship. Netanyahu, who was careful not to criticize the President when he was in Washington earlier this month, opened up about what he sees as an "unprecedented" campaign by "left-wing people abroad" to sink his candidacy.

For now, the Senate will not confirm whether members have found a direct link between the President and the "Just Not Bibi" efforts -- but according polls, the Israeli people don't need one. An overwhelming number of Israelis think the administration is -- and has been -- meddling in tomorrow's elections.

The evidence, some argue, is a series of State Department grants to a group called the OneVoiceMovement, a Washington-based organization that openly admits its "groundbreaking campaign around the Israeli elections." As much as $350,000 U.S. dollars were funneled to the group, which would be in jeopardy of losing its tax-exempt status if Senators find evidence that they were, in fact, targeting Netanyahu.

In the meantime, the optics are anything but positive for the Obama administration. Just the slightest change in direction from the Middle East's only functioning democracy could radically alter the entire geo-political landscape in the Middle East. After this six-year term as Prime Minister, Benjamin Netanyahu is in the fight of his life to keep his seat of power in the Jewish state. The margins, analysts say, are razor-thin. With the fate of -- not just Israel, but the world -- on the line, join us in praying for Israel's election tomorrow.