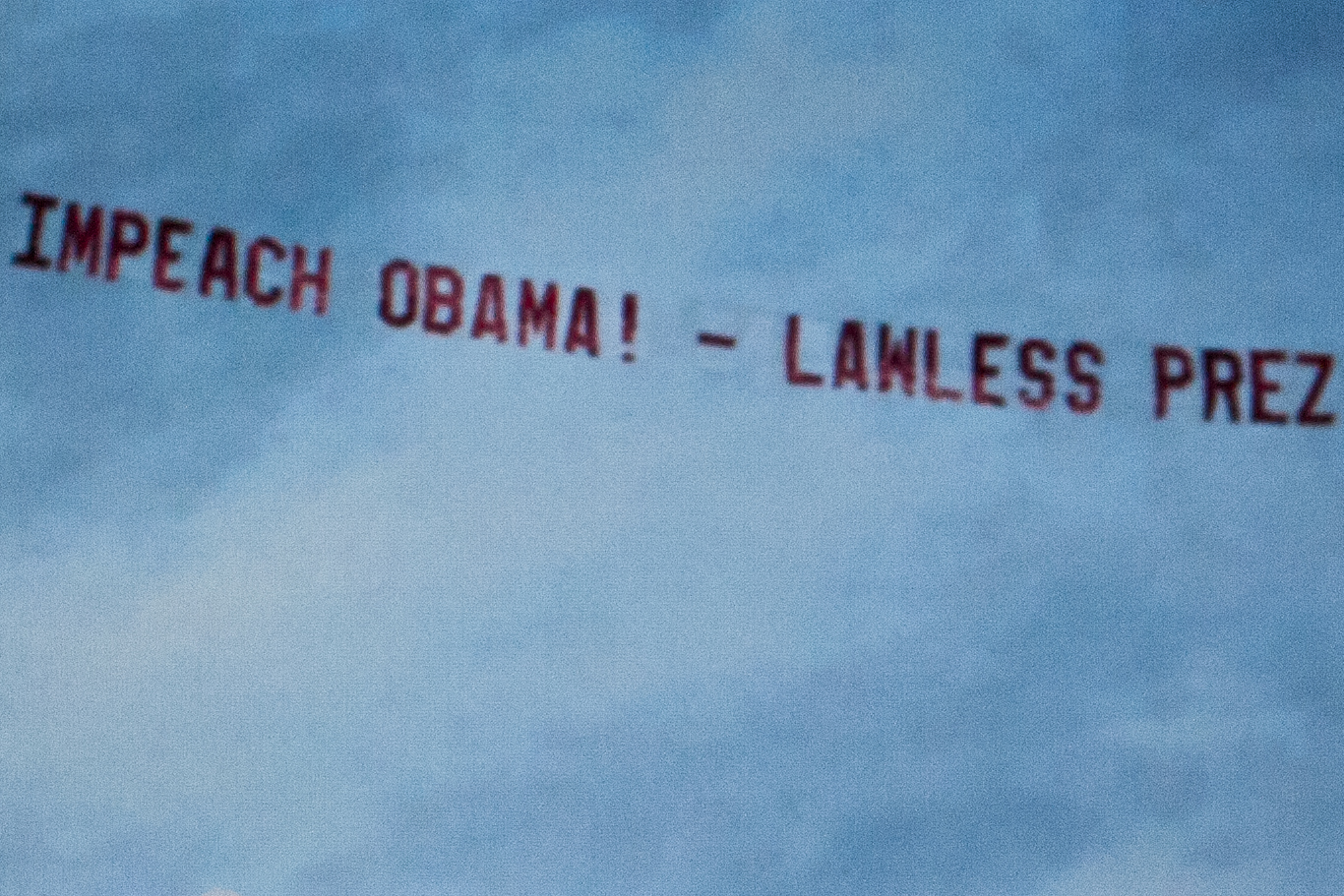 Sheriff Joe Arpaio of Maricopa County, Arizona, is asking permission of a federal court in Washington to provide live testimony at a hearing for his lawsuit against President Obama's executive immigration actions, which effectively grant amnesty to millions of illegal aliens.

In a motion filed through his attorney, Larry Klayman of FreedomWatch, Arpaio argues his testimony is important to the Dec. 22 hearing on whether a preliminary injunction should be issued to halt Obama's executive actions until the case can be heard.

Arpraio already has submitted a sworn affidavit regarding the increased costs, drain on resources, higher workload and greater risk he's facing because of the "unconstitutional executive actions by President Obama."

The White House has responded with an attack on his testimony, claiming Arpaio offers only "conclusory statements" and "speculative claims," and "has not alleged any specific injury."

Klayman wrote that while "these allegations are incorrect and simply strategic, Plaintiff Arpaio's testimony would be in the interest of due process and to further justice, as well as create a full record for this court to confirm his standing to sue."

Klayman says Arpaio "would also offer further testimony about the harm he and his office have suffered and will continue to suffer as a result of the unconstitutional executive actions at issue."

"After years of experience with floods of illegal immigrants crossing the border into his jurisdiction as sheriff, Plaintiff Arpaio has many years of empirical, real-world experience and evidence showing how the defendants' executive actions will directly impact his operations," he says.

Klayman explains that under current law, Arpaio will turn over to the DHS illegal aliens who commit crimes in his county to be deported.

"By contrast, under the defendants' new executive actions, those persons will not be subject to deportation. Therefore, they will serve out their criminal sentences in Plaintiff Arpaio's jails, costing his office enormous time and expense," Klayman argues.

Arpaio needs to testify to "aid the court in reaching a fair and just disposition of Plaintiff's Motion for Preliminary Injunction by creating a full record," the filing says.

WND reported this week a ruling by a federal judge in Pennsylvania that Obama's immigration actions are unconstitutional.

The judge noted Obama "contended that although legislation is the most appropriate course of action to solve the immigration debate, his executive action was necessary because of Congress's failure to pass legislation, acceptable to him, in this regard."

"This proposition is arbitrary and does not negate the requirement that the November 20, 2014, executive action be lawfully within the president's executive authority," the judge wrote. "It is not."

Quoting from a previous precedent, the judge said that in the "framework of our Constitution, the president's power to see that the laws are faithfully executed refutes the idea that he is to be a lawmaker."

The judge said Obama's contention that Congress had not worked in his time frame was largely irrelevant.

Arpaio's lawsuit over Obama's amnesty program was filed only hours after Obama announced the plan.

U.S. District Judge Beryl A. Howell in Washington, D.C., recently sided with Arpaio by ordering a fast track for case arguments and hearings.

Two Justice Department lawyers representing Obama in the case had asked for the deadline for their initial response to be delayed until late January.

Arpaio was the first to file a complaint regarding the immigration actions Obama announced to the nation Nov. 20, which effectively granted amnesty to up to 5 million illegal aliens by delaying deportation.

"We are very pleased that Judge Howell has ordered an expedited hearing on our motion for preliminary injunction which asks to preserve the status quo and stop the implementation of President Obama's executive order," Klayman said at the time. "The executive order violates the Constitution, as it seeks to circumvent the powers which the Framers delegated to Congress."

The complaint states: "This unconstitutional act will have a serious detrimental impact. Specifically, it will severely strain our resources. Among the many negative [e]ffects of this executive order, will be the increased release of criminal aliens back onto streets of Maricopa County, Arizona, and the rest of the nation."

WND reported Arpaio's complaint argued the timing is crucial, because the government already is pouring resources into meeting the orders, and the offer of amnesty likely will draw a whole new flood of illegal aliens.

The president's decision, Klayman wrote, "orders direct DHS personnel including the Customs and Border Protection (CBP) and ICE to immediately suspend enforcement of immigration laws with regard to any who appear to be eligible for the new deferred action programs, even though such persons might not yet be able to apply for formal recognition."

The instructions also tell law enforcement officials to "immediately" begin identifying those who could be given the special benefit.

Klayman also argued that the federal government already has leased office space and begun the process of hiring 1,000 new workers to process the illegals through Obama's amnesty program.

All of those actions would be for nothing if a court rules that the program doesn't meet the Constitution's requirements, he wrote.

"By contrast if the implementation is simply delayed until a court decision, there will be no such harm," he said.