Own relatives lead fury over his solidarity with kidnap victims 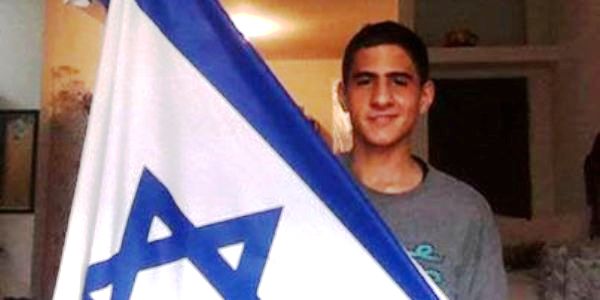 A Muslim Arab teenager receiving death threats for posting a YouTube video in which he expressed solidarity with three kidnapped Israeli youths said Sunday in a radio interview he does not regret speaking out publicly for the Jewish state, which he referred to as "light of hope in the Middle East."

Police here are investigating numerous threats, including some to kidnap Mohammad Zoabi, an Arab Israeli teenager, who described his viral YouTube video as being "pro-Israel, pro-Jewish and even pro- innocent teenagers who were kidnapped by terrorists."

At least three of Zoabi's own relatives were reportedly arrested for threatening him.

Speaking Sunday on "Aaron Klein Investigative Radio" on New York's 970 AM The Answer, Zoabi said while he does not fear for himself, he is afraid of threats to his mother, who has publicly defended her son.

In his YouTube video, Zoabi labels as "terrorists" those who last week kidnapped three Israeli teenagers, one a dual U.S.-Israeli citizen.         He affirms his identity as a Muslim citizen of Israel, which he calls a "Jewish and a democratic country," while urging Prime Minister Benjamin Netanyahu not to negotiate with terrorists.

For Israelis, Mohammad Zoabi's statements are particularly significant since he is a relative of Haneen Zoabi, an Israeli Knesset member notorious for her anti-Zionist rhetoric and for actions some have argued have provided support to terrorists.

Haneen Zoabi rejects the concept of Israel as a Jewish state.             She participated in the May 2010 Gaza flotilla intended to break Israel's naval blockade of the Hamas-controlled Gaza Strip.

She stirred controversy last week for saying the kidnappers were not terrorists.

"I can't call this act terrorism, even if I don't agree with it - and I don't," Haneen Zoabi said on Israel's Army Radio. "This incident is a result of [Israeli] war crimes."

Responding to Mohammad Zoabi's YouTube video, she called her teenage relative "a stupid boy with a twisted identity, who feels a continuous need to apologize to his strong masters."

Mohammad Zoabi took to Aaron Klein's radio show to in turn reply to the Knesset member, calling her "the biggest traitor Israel has ever seen."

Zoabi stated: "I would like to ask her if she would go to the Gaza Strip or to any other Arab country or to any Arab parliament. I would really love to see how they would treat her there. Haneen Zoabi, please, you have 22 Arab options, the world has 22 Arab countries, so you don't really have to live in Israel if you dislike Israel, sweetie."

Continued Zoabi "She can go to the whole Arab world and we will see how they will treat her there as a secular Arab Muslim woman who is not being in the kitchen. She belongs to the kitchen according to the Arab tradition.

"She belongs only to take care of her husband. As a woman, according to Arab tradition, she belongs only inside, indoors.                But because Israel is a very modern and a democratic country, they gave her the right to get out and to speak up as a woman."

In contrast to Haneen Zoabi's anti-Israel views, Mohammad Zoabi said on Klein's show that "Israel is the light of hope in the Middle East."

"I am telling you that now as an Arab and as a Muslim ... I am watching what is happening to other Arabs in Syria, in neighboring Egypt, in neighboring countries. And I totally feel lucky, and I totally appreciate the fact that I was born in the democratic and in the Jewish state of Israel," he said.