the President Of The United States

The Senate Sergeant At Arms and Doorkeeper (SAA), elected by the members, serves as the protocol and chief law enforcement officer of the Senate and is the executive officer responsible for most support services in the Senate.

I have posted this to emphasize the substantive nature of the earlier posts regarding the most critical time in American history. It is that time when the elections of this year have determined the fate of the Senate and before the new session is seated (November 4th until January 20th). It is in this period of time that Obama is most likely to try to install martial law having created a massive crisis across America. It is in his nature to do so, because with the change of the Senate majority to Republicans and with a courageous leadership, the Sergeant At Arms could be instructed by a vote of the Senate to arrest the President. This presumptive President will double down as he has in the past rather than face the music of his fraud and criminal actions. The courage needed to arrest him will be contingent on a commitment to the Rule of Law on the part of the majority of Senators. I look forward to seeing Democrats repenting of their past errors and joining Republicans in righting this wrong done to the Republic. 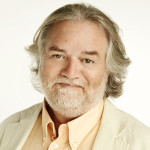 Educator and former intelligence operative Dr. Jim Garrow was the runner-up to President Barack Obama for the 2009 Nobel Peace Prize. The Pink Pagoda, a group started by Dr. Garrow, is responsible for saving the lives of over 40,000 Chinese baby girls from China's one-child policy.