Time to Blow the Shofar ! 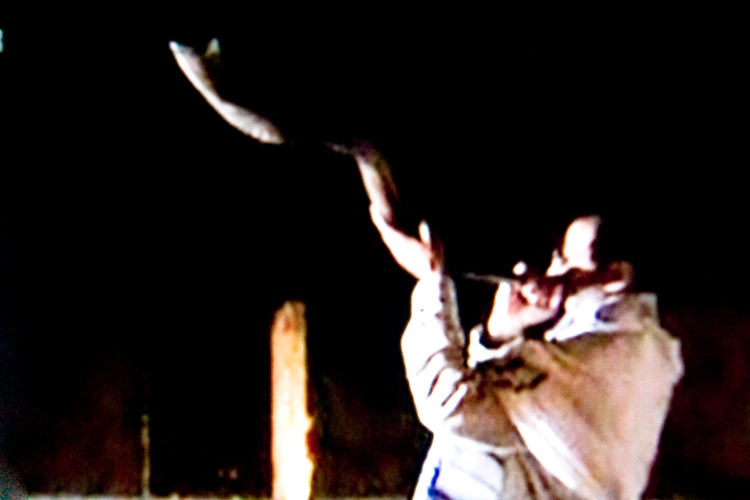 * The sound of the shofar is a symbol

of the Source of our redemption.

(from whence is made a shofar) that God  "provided the lamb"

We believe that it is this relationship to the

"Lamb of God who carries away the sin of the world",

who "defeated Death", who came to "undo the works of the Evil One,"

which gives the shofar its special authoritative power

when blown in the timing and under the anointing of the Holy Spirit!

The sound can be an alarm, a call to battle, a sound of victory,

rejoicing and celebration. There were shofar blasts from heaven

as the YHVH descended upon Mount Sinai to meet with Moses

and deliver instruction regarding His Law,

I Corinthians 15:52 (Hebrew translation) speaks of one Final Shofar

when the dead in Messiah will be raised

and those remaining, changed in the twinkling of an eye.

Appellate ruling expected to be elevated to Supreme Court docket

Attorneys for Matt Sissel -  a small-business owner who wants to pay medical expenses on his own and has financial, philosophical and constitutional objections to being ordered to purchase a health plan he does not need or want -  have argued to a federal appeals court that the authors of the Constitution meant different things when they used different words.

The words are "amend" and "originate."

Their explanation came Thursday as they contended that the Constitution requires all tax bills in Congress to begin in the House of Representatives. They charged that Sen. Harry Reid, D-Nev., manipulated the legislation that eventually gave America Obamacare by taking the bill number for an innocuous veterans housing program that had been approved by the House, pasting it on the front of thousands of Obamacare pages and voting on it.

That means, they say, that the entire law was adopted unconstitutionally and should be canceled, including its $800 billion in taxes.

The argument essentially makes the Constitution itself a silver bullet to kill Obamacare.

The case, brought by the Pacific Legal Foundation, is based on the Constitution's Origination Clause.

The eventual decision by the U.S. Circuit Court of Appeals for the D.C. Circuit likely will be advanced to the U.S. Supreme Court.

PLF principal attorney Paul J. Beard II told WND after Thursday's hearing that there was very aggressive questioning by the three judges on the panel.

He said the government raised the issue that the U.S. House did not voice objections at the time of the votes to the fact the Senate had gutted a bill, inserted Obamacare and then approved it.

But Beard said the vote took place was at a time when no one was considering Obamacare as a tax-raising measure, because the Obama administration was arguing that the fees, payments and penalties weren't taxes.

In fact, it was the U.S. Supreme Court that labeled them as taxes, when the issue was before the court the first time.

Also, the attorneys argued, the Constitution allows the Senate to "amend" House bills, even though it requires tax measures to "originate" in the House. So exactly what do "amend" and "originate" mean?

Beard explained that the authors of the Constitution had different intents when they used different words, so it is unlikely the founders' intent was the same when they allowed "amending" but not "originating."

Whatever decision is reached, he told WND, it likely will be submitted to the court again, in a request for en banc hearing, and later, to the U.S. Supreme Court.

"It is our goal to get this before the Supreme Court again," he confirmed.

The first trip to the court was a challenge to Obama under the Commerce Clause. The Supreme Court ruled in 2012 it was a tax, so was constitutional.

Pending before the high court right now are the Conestoga Woods and Hobby Lobby cases, which challenge Obamacare for violating the religious rights of Americans. A ruling is expected to be announced this summer.

But the current challenge, Sissel v. U.S. Department of Health & Human Services, says Obamacare was "not enacted in compliance with constitutional procedures for raising taxes," the plaintiff argues.

PLF points out that Article I, Section 7, requires that legislation to raise revenue must start in the House to keep the taxing power close to the people.

"This lawsuit is not just about protecting Americans from Obamacare's heavy burden of regulations and their threat to the economy and our health care system," said PLF's Timothy Sandefur. "Fundamentally, we're defending the rights of taxpayers - and holding Congress and the president accountable to the Constitution and the rules it sets for enacting new taxes."

The district court's June 2013 ruling in the case left a stunning precedent. The court ruled that the individual mandate tax could be arbitrarily exempted from the Origination Clause requirement "on the grounds that the mandate is intended to prod people to buy health plans."

"There is no precedent for setting aside the Constitution's procedural requirements for new taxes merely because a tax influences conduct," said Beard. "As the Supreme Court noted in its 2012 Obamacare ruling, every tax has a regulatory purpose. The district court's doctrine would carve a gaping loophole in the Origination Clause - essentially repealing it through judicial exceptions."

"I'm in this case to defend freedom and the Constitution," Sissel said. "I strongly believe that I should be free - and all Americans should be free - to decide how to provide for our medical needs, and not be forced to purchase a federally dictated health plan. I'm very concerned about Congress ignoring the constitutional road map for enacting taxes, because those procedures are there for a purpose - to protect our freedom."

In a video about the case, PLF attorney Todd Gaziano said the dispute isn't complicated: The Senate violated the Constitution in its work on Obamacare, and so the law should be abandoned.

Conservative commentator George Will wrote recently about the case under the headline "Obamacare's doom":

In June 2012, a Supreme Court majority accepted a, shall we say, creative reading of the ACA by Chief Justice John Roberts. The court held that the penalty, which the ACA repeatedly calls a penalty, is really just a tax on the activity - actually, the nonactivity - of not purchasing insurance. The individual mandate is not, the court held, a command but merely the definition of a condition that can be taxed. The tax is mild enough to be semi-voluntary; individuals are free to choose whether or not to commit the inactivity that triggers the tax.

The "exaction" - Roberts's word - "looks," he laconically said, "like a tax in many respects." It is collected by the IRS, and the proceeds go to the Treasury for the general operations of the federal government, not to fund a particular program. This surely makes the ACA a revenue measure.

Did it, however, originate in the House? Of course not.

Will argued that the Senate has every right to amend a House bill, but regarding whether a change actually is an "amendment," the case law establishes that the issue must be "germane to the subject matter of the [House] bill."

"The ACA's defenders say its tax is somehow not quite a tax because it is not primarily for raising revenue but for encouraging certain behavior (buying insurance). But the origination clause, a judicially enforceable limit on the taxing power, would be effectively erased from the Constitution if any tax with any regulatory - behavior-changing - purpose or effect were exempt."

His opinion on the matter was clear.

"Two years ago, the Supreme Court saved the ACA by declaring its penalty to be a tax. It thereby doomed the ACA as an unconstitutional violation of the Origination Clause."

Earlier, dozens of members of the U.S. House of Representatives signed on to the case, claiming the Senate didn't have the authority to pass the bill.

They argued taxes only can originate with the House, the representatives closest to the American people.

The requirement is so important, according to the members of Congress, that the Constitution never would have been adopted without it.

According to a brief dozens of House members have filed in the case, the principle "behind the Origination Clause - sometimes phrased as 'No Taxation Without Representation' - was the moral justification for our War of Independence."

"With this war for freedom and liberty in mind, the Origination Clause of our Constitution was written; and without it at the core of the 'Great Compromise of 1787,' the 13 original states would never have agreed to ratify the Constitution," the brief states.

"The primary dividing issue between the delegates to the Constitutional Convention of 1787 was the question of how to resolve the method of representation in the upper chamber. The small states preferred to retain the equal representation they had enjoyed under the Articles of Confederation, while the large states wanted to shift the national legislature to a proportional representation of the American population. No disagreement threatened the success of the convention and the new Constitution more than this one. After a month of heated debate and threats of secession, the delegates finally agreed to the Great Compromise of 1787; a bicameral legislature with equal representation of states in the upper branch, and proportional representation of the nation in the lower branch. That Great Compromise was only made possible by agreement of both sides to restrict the upper branch from originating money bills."

It continues: "The power of the purse was unquestionably reposed in the People's House, and it has remained in that chamber throughout our history. If the Senate can introduce the largest tax increase in American history by simply peeling off the House number from a six-page unrelated bill which does not raise taxes and pasting it on the 'Senate Health Care Bill' and then claim with a straight face that the resulting bill originated in the House, in explicit contravention of the supreme law of the land, then the American 'rule of law' has become no rule at all."

Their argument noted that at the 1787 convention, George Mason explained why the Senate was not allowed to raise taxes.

"The Senate did not represent the people, but the states in their political character. It was improper therefore that it should tax the people ... Again, the Senate is not like the H. of Representatives chosen frequently and obliged to return frequently among the people. They are chosen by the Sts for 6 years, will probably settle themselves at the seat of Govt. will pursue schemes for their aggrandizement - will be able by weary[ing] out the H. of Reps. and taking advantage of their impatience at the close of a long session, to extort measures for that purpose."

U.S. senators originally were selected by state legislatures, not a direct vote of the people. The law was changed by the 17th Amendment in 1913.