What's Behind The Growing Pile Of Dead Banker Bodies? 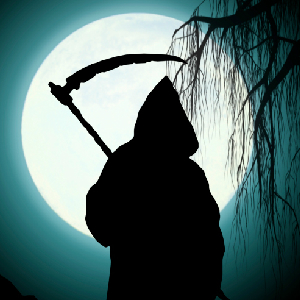 It's become a health hazard to be a banker. What evil lurks beneath the pile of bodies?

In growing numbers, the bodies of bankers are piling up in the streets - at least eight global financial types in recent weeks (and five others in the past year). And a financial reporter for The Wall Street Journal walked out of his house and mysteriously hasn't been seen or heard from in weeks.

So what gives? Three of the bankers worked for JPMorgan. One worked for Deutsche Bank AG. Others for companies not so prominent, i.e., not "too big to fail," but possibly implicated in one or more of the number of investigations being undertaken in FOREX fraud and the LIBOR scandal. Maybe they uncovered something they shouldn't have. Maybe they knew too much to begin with. Some of the "suicides" have been deemed "suspicious."

Did they suddenly feel remorse for screwing over their depositors so badly? Or, possibly, they realized that the global financial crash that is coming will be bigger than anything ever experienced and don't want to have to experience it.

Li Junjie, 33, worked in JPMorgan's Hong Kong headquarters. He jumped from the building's roof last week as police tried to talk him down. His friends told police he had been experiencing work-related stress. "The pressure of front-line sales and trading jobs has spread through to formerly calm back offices, where trades are checked to ensure compliance with regulations.

Adding to those pressures, banks see their back offices as a cost, rather than as revenue generating. The pressure intensified after New York state's top financial regulator, Benjamin Lawsky, demanded documents from over a dozen banks in a probe of trading practices in the US$5.3 trillion a day foreign exchange market. Manipulation of the benchmark Libor interbank lending rate has led to dozens of traders being fired and penalties topping US$6 billion," reports South China Morning Post. But Junjiee had recently bought a HK$5.5 million apartment and planned a trip to Toronto where he had once held a job at Royal Bank of Canada.

Note from the Editor: As a reader you deserve to know the truth behind the economic disaster America faces. I've arranged for readers to get free copies of two books that reveal the sinister plot by the US Government to steal our wealth - a plot Merrill Jenkins, Sr. (the Original Monetary Realist) tried to expose at great risk. His books are hard to find, but these books include rare transcripts from his lectures. Click here for your free copies.

Gabriel Magee, 39, a vice president for JPMorgan's corporate and investment bank technology department, worked in the bank's European Headquarters in London. He fell from that 33-story building's roof on Jan. 27. His parents say he had recently been given permission to work four days a week, was in a happy relationship with his girlfriend and talking about planning a family.

They say there is no reason for him to have been on the roof.

Ryan Henry Crane, 37, was an executive director of JPMorgan's unit that trades blocks of stocks for clients. He was found dead in his Stamford, Conn., home on Feb. 3, but no details have been released. A spokeswoman for the State's chief medical examiner's office said a cause of death will be determined when a toxicology report is completed sometime in March. There are reports that Crane oversaw all the trade platforms and worked closely with Magee and would have had access to the same information.

William Broeksmit, 58, was a retired Deutsche Bank senior manager and was found in his house hanged. He had worked in investment banking - specifically risk and securities - and lived in an exclusive neighborhood in South Kensington. Broeksmit was said to be close to co-chief executive Anshu Jain and had worked to rescue the bank in the wake of the 2008 financial crisis. A plan to promote him to the bank's management board was scuttled by German financial regulators in 2012.

Mike Dueker, 50, was a chief economist at Russell Investments. He was found off the side of a highway leading to the Tacoma Narrows Bridge in Washington. Police believe he climbed a fence and jumped down a 40-to-50-foot embankment. They are calling his death a suicide. He formerly worked for the Federal Reserve where he developed a business cycle index that forecast economic performance.

Richard Talley, 57, a former investment banker with Drexel Burnham Lambert and the founder of American Title Services in Centennial, Colo., was found dead Feb. 3 with eight nail gun wounds to his torso and head. Police ruled his death a suicide. His company was under investigation at the time of his death. But what would possess a man to shoot himself eight times with a nail gun? There are a lot of less painful ways for someone to off himself.

Karl Slym, the 51-year-old managing director of Tata Motors, was found dead after a fall from a Bangkok hotel. Police found a 3-page "suicide note" but later determined it was written by his wife, Sally. Tata Motors is said to be dealing with a slowdown and Slym was responsible for charting the company's strategy in the Indian market.

Tim Dickenson, a U.K.-based communications director at Swiss Re AG, died in January. There has been little published about Dickenson, his death or its circumstances.

Finally, reporter David Bird of the WSJ, who covers the commodities market (which is under investigation by the Senate's Permanent Subcommittee on Investigations), left his New Jersey home on Jan. 11 and never returned. The 55-year-old told his wife he was going for a walk, but left without medicine he's required to take daily as a result of a liver transplant.

On Feb. 17, three former Barclays employees suspected in the manipulation of the LIBOR global benchmark interest rate were charged in Britain. The conspiracy allegedly took place between 2005 and 2007. Three people had already been charged and British prosecutors are said to have identified as many 22 co-conspirators.

On Jan. 30, former Harvard economics professor Terry Burnham announced on PBS that he had withdrawn all but $10,000 of the $1 million he had in a checking account at Bank of America because he feared bank runs because of the Fed policies of Ben Bernanke and Janet Yellen. Burnham writes:

Why do I risk starting a run on Bank of America by withdrawing my money and presuming that many fellow depositors will read this and rush to withdraw too? Because they pay me zero interest. Thus, even an infinitesimal chance Bank of America will not repay me in full, whenever I ask, switches the cost-benefit conclusion from stay to flee.

He rightfully points out that when the Fed intervenes in markets, it has two effects. First, it decreases wealth by distorting markets and causing bad investment decisions. And second, the members of the Fed become reverse Robin Hoods as they take from the poor (and unsophisticated) investors and give to the rich (and politically connected).

That this idea and that hints of a coming bank run are making mainstream news should be a clarion call warning signal to anyone with money in the bank.

Think there aren't any troubles on the economic horizon? Think again. Banks are instituting greater exchange controls. In recent days, bank runs have occurred in Thailand, Kazakhstan and Argentina. China is quietly selling off its U.S Treasuries. The level of bad loans in Spain has risen to an all-time high. Last week, the EU announced via Reuters that it was looking at confiscating the savings of 500 million citizens to fund long-term investments and boost the economy.

"But my bank account is protected by the FDIC," you protest. To which I say, "Ha!" The Federal Deposit Insurance Corp. has only $40.8 billion on account while insuring trillions of dollars. And you may not know this, but banks don't hold all the money they supposedly have as assets. Study fractional reserve banking. Banks lend out $10 for $1 in asset they hold, and most of what they do hold are not even worthless strips of fiat. They are simply electronic blips. So when depositors line up to demand their money, only the first few get any before the banks run out of cash.

President Barack Obama's MyRA scheme is a scam to try and prop up U.S. Treasuries. The regime already has its eye on $19 trillion in personal retirement accounts in order to cover its almost $18 trillion in "debt."

Anyone who still has money in the bank beyond what is needed to pay the bills is a fool. The banking system under the Federal Reserve is nothing more than a Ponzi scheme and a racket.

To protect yourself, you should have silver (pre-1965 U.S. coins) and gold in your possession. Buy guns and ammo, heirloom, non-GMO seeds, and land in the country. The financial calamity that I and others have predicted is drawing ever nigh.

[In the middle of these bone-chilling happenings, we have the un-changing hope offered by our loving Father in heaven.

No matter what tragedies occur . . . no matter how disastrous our lives may seem, God's love is reaching out to us through Yeshua/Jesus. He alone holds the answer we need.

Because HE ALONE IS THE ANSWER.  rt]

Bob Livingston is an ultra-conservative American who has been writing a newsletter since 1969. Bob has devoted much of his life to research and the quest for truth on a variety of subjects. Bob specializes in health issues such as nutritional supplements and alternatives to drugs, as well as issues of privacy (both personal and financial), asset protection and the preservation of freedom.