FLOODING . . . and Some Photo Adventures 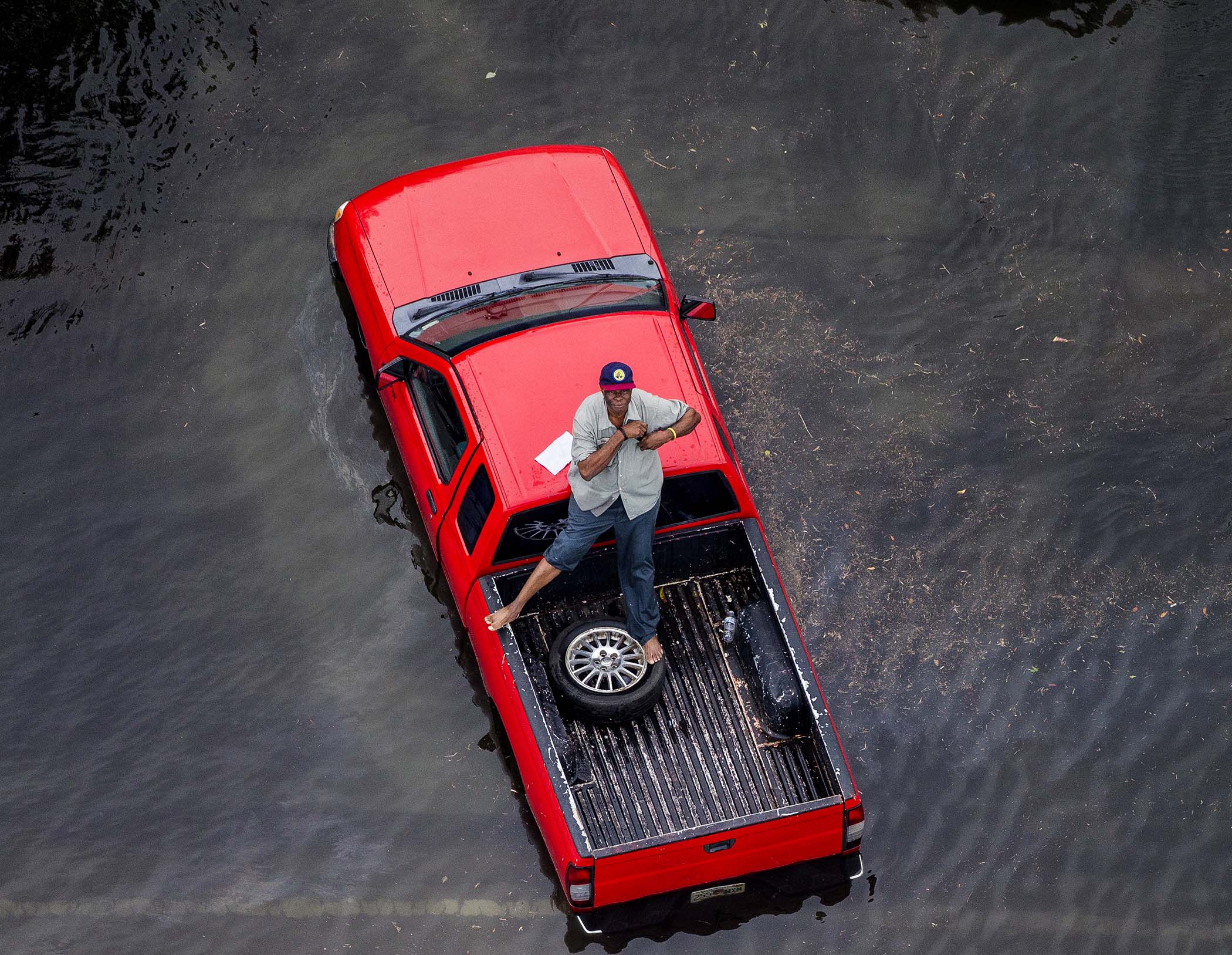 Red pick-up truck and its driver, caught in the

flooding of the Delray, Florida beach area in January of 2014

Lindsay House Publishing's founder was once caught in a flood along with three grandchildren. It was an adventure never-to-be forgotten, as our car drove down an exit ramp off of the freeway and the river in South Norfolk rose quickly into the intersection! (The Honda  Accord we had at the time was later declared a total loss by the insurance company.) We exited the stalled car and walked through the water to the elevated driveway of the nearby fire station.

The staff had evacuated to higher ground along with their vehicles, and there was no one to answer our summons as we pushed the buzzer at the door. Thank God, a woman across the street saw our dripping wet family, and called the fire department. Soon a rescue truck reached us, and we were delivered to the children's mother in the family home several blocks away.

Remembering Delray Beach in Florida, we were there in 2010 for a photo workshop sponsored by AWAI (American Writers and Artists Inc.). That was a MUCH better adventure. Below are several photos from that weekend. 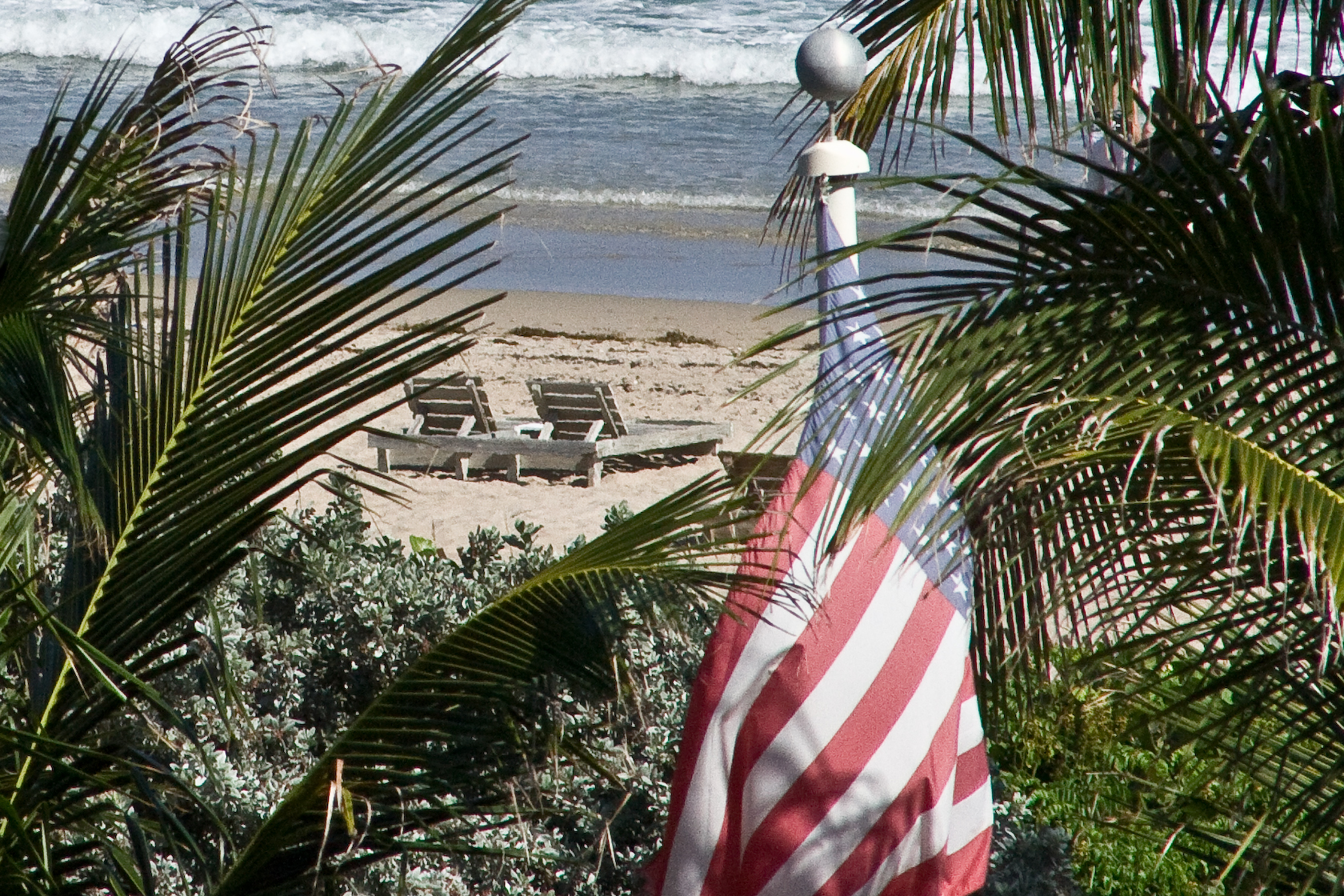 Our flag billows, chairs await, and surf breaks beyond. 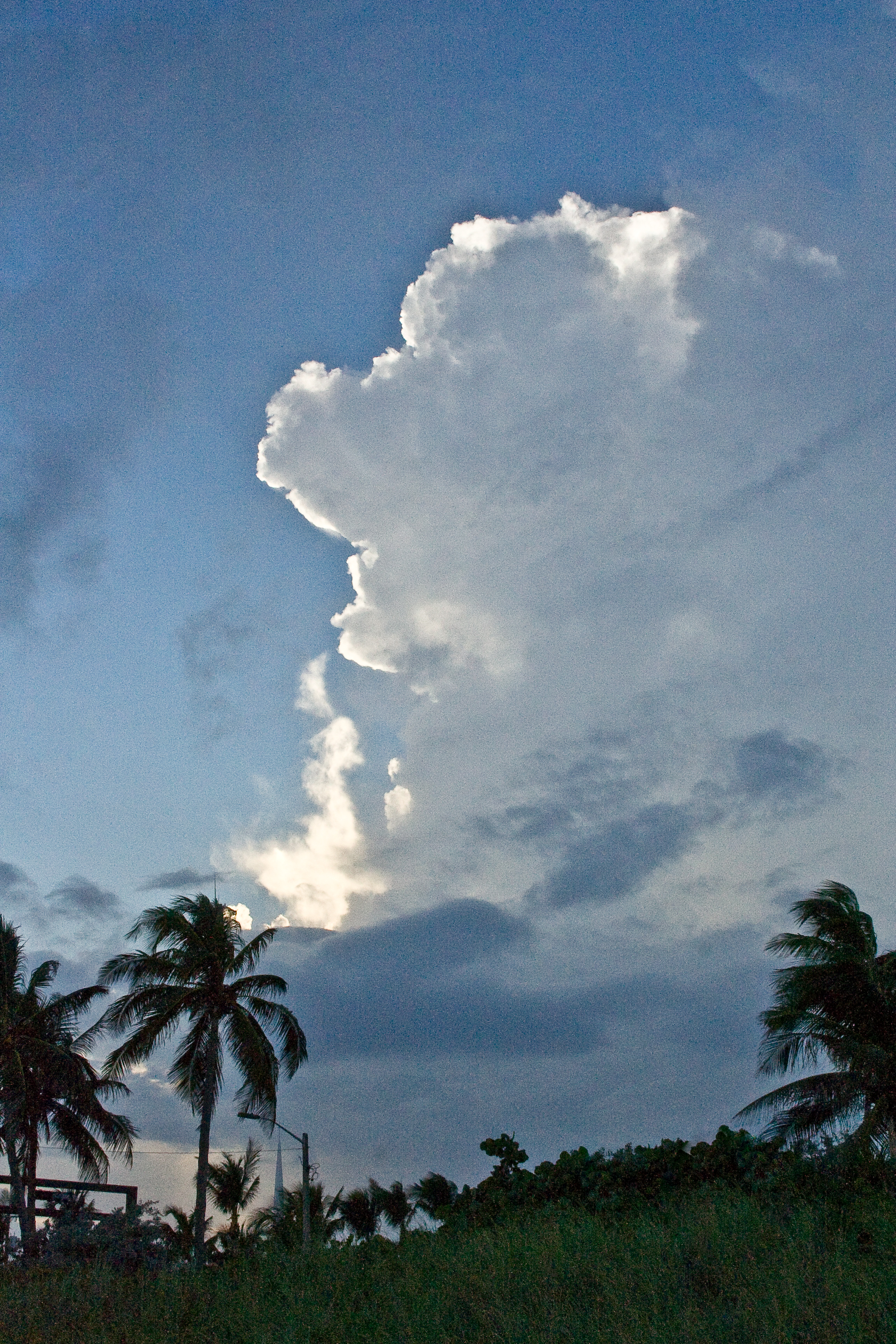 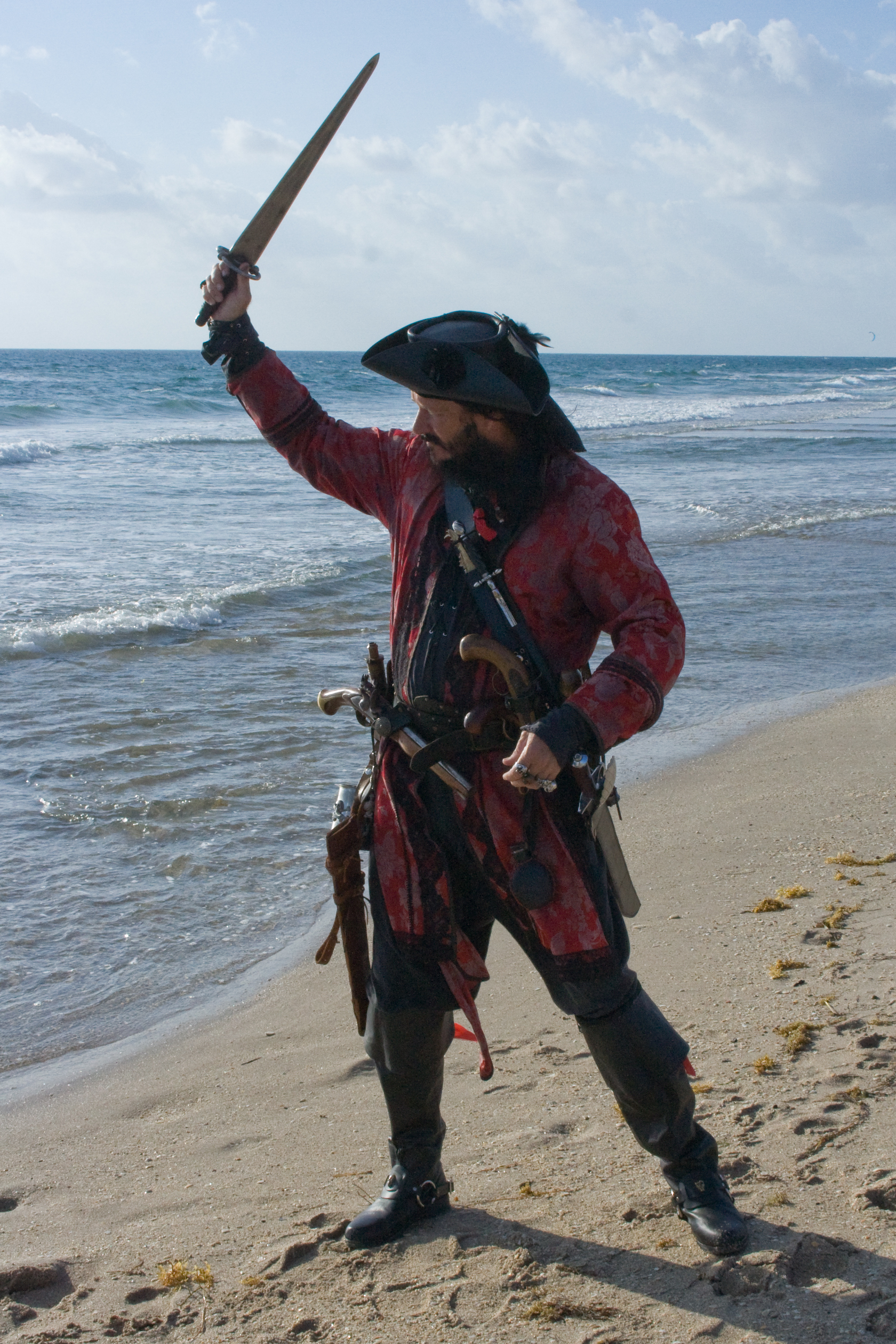 Reminding us of a violent past,

we see a Blackbeard re-enacter.