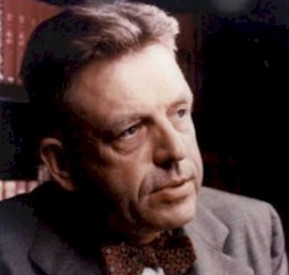 A new study from Cambridge University has been catching headlines in the United Kingdom over its finding that the same area of the brain impacted by addiction to drugs or alcohol "lit up" in people addicted to pornography.

She even has coined a term for the chemicals that stimulate the brain under the influence of porn,"erototoxins."

"My term 'erototoxin' refers to natural, endogenous chemicals associated with sexual arousal that synergistically works to induce an addictive milieu in the brain," she told WND.

She noted that toxin, from the Latin toxicus, means literally "imbued with poison," which, according to the Oxford English Dictionary, is "any substance which, when introduced into or absorbed by a living organism, destroys life or injures health."

Reisman pointed out that the 2009 Butner prison study by Michael L. Bourke and Andres E. Hernandez found that 85 percent of men arrested for child pornography also had physically abused children.

In the U.K., the Cambridge study concluded compulsive users of pornography "show the same signs of addiction in their brain activity as alcoholics or drug addicts," the London Times reported.

Dr. Valerie Voon, a neuropsychiatrist at Cambridge, said in the report: "We found greater activity in an area of the brain called the ventral striatum, which is a reward center, involved in processing reward, motivation and pleasure."

The London Independent reported the Cambridge study found that MRI scans of test subjects who admitted to compulsive pornography use "showed that the reward centers of the brain reacted to seeing explicit material in the same way as an alcoholic's might on seeing a drinks advert."

Reisman, in her book "Kinsey: Crimes & Consequences," took on America's widespread faith in the validity of Kinsey's research.

Kinsey's post-World War II work on human sexuality routinely is cited today in school and college textbooks, by social researchers and by many others who have not fully investigated his methods.

Kinsey's research was presented as a representation of all of society - that "greatest generation" that delivered the world from Nazism and fascism - even though the subjects were "sex offenders, prostitutes, prison inmates and exhibitionists."

Reisman charges that the sex research Kinsey began in 1948 at Indiana University, which shook America's moral foundations and launched the 1960s sexual revolution, was based on a lie.

Her scholarly findings have had international legislative and scientific impact in the United States, Israel, South Africa, Canada and Australia. She has authored multiple books, including "Sexual Sabotage" and "Stolen Honor, Stolen Innocence" as well as her work on Kinsey.

Her work revealed that Kinsey's "study results" were based on "the sexual abuse of at least 317 infants and young boys."

In an interview with WND, Reisman said the idea that pornography is addictive was noted in 2007 in Science magazine.

There, she explained, National Institute of Drug Abuse Director Dr. Nora Volkow pointed out the agency "should encompass addictions such as pornography, gambling and food."

She suggested such circumstances are evident today, based on numerous reports of high numbers of young men who are impotent.

The maker of the "little blue pill" for men that addresses the industry-defined "erectile dysfunction" admits the product is a $2 billion a year revenue stream.

"It is clear that of all addictions, addictions to the abnormal sexual imagery that now floods society are causing incalculable individual loss and social damage," Reisman said.

Reisman noted there were broader, societal concerns about the impact of pornography.

In an 1996 letter to North Carolina psychiatrist Dr. Linea Smith, Robert O. Heck, former head of the Office of Juvenile Justice and Delinquency Prevention in the U.S. Justice Department, wrote of the connection to violent crime:

If I were to try to make a concise declarative statement on the subject, it would have to be this: Without any significant exception pornography is the background stimuli for molesters, rapists and serial killers. Our thresh-hold of allowable violence has been increased by our visual exposure to violence, and the sexual exploitation depicted in pornography. There are hundreds of interviews and studies of convicted molesters, rapists and serial killers that will attest to the fact that pornography was a pervasive instrument of exciting and fueling their desires and activities.