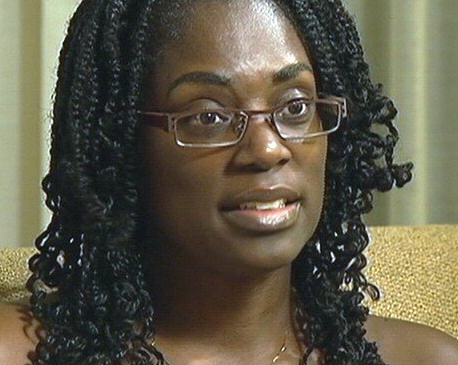 The young man was obviously desperate. He carried a large amount of ammunition as he snuck into the elementary school near Atlanta Georgia. He was ready and willing to die and to take others with him - but he also knew that he was sick.

Before him was a woman who had herself been going through trauma. In fact, she had just received very disturbing news and was late arriving at the school. She would not otherwise be seated here at this station. Antoinette was highly respected at the school as a leader. As she began safety procedures, called 911, signaled others to take protective measures for themselves and the children, she lifted herself, the intruder, and everyone involved into the Presence of Her Heavenly Father.

The young man said that he wanted to kill policemen. Antoinette talked back and forth to the lady on the 911 line. She talked to the disturbed and dangerous young man. As she did so, ancient wisdom filled her heart and mind:

"A gentle answer turns away wrath, but a harsh word stirs up anger." [Proverbs 15:1]

Although she felt fear, the love of her Father won the battle.

Antoinette spoke softly, telling the young man of her own troubles, expressing empathy. It was not a psychological tactic.

It was God's love working through her.

She knew that her God was a God of love - that He was true to His covenant.

She did not trust her own humanity.

She did not trust her own emotions.

Antoinette Tuff trusted God because she had long-known God's faithfulness.

Because she knew God and was in covenant relationship with Him, God could use her to bring forth a miracle -

And that is just what He did!

Armed policemen had come to the scene,

but it was the armies of heaven who enforced GOD'S LAW,

protecting EVERY human being involved,

including the troubled man holding the gun!

TO GOD BE THE GLORY!