Then the Lord said, "My Spirit shall not strive with man forever, because he also is flesh; nevertheless his days shall be one hundred and twenty years." . . .

Then the Lord saw that the wickedness of man was great on the earth, and that every intent of the thoughts of his heart was only evil continually.

The Lord was sorry that He had made man on the earth, and He was grieved in His heart.

The Lord said, "I will blot out man whom I have created from the face of the land, from man to animals to creeping things and to birds of the sky; for I am sorry that I have made them."

Heaven and earth will pass away, but My words will not pass away.

But of that day and hour no one knows, not even the angels of heaven, nor the Son, but the Father alone.

For the coming of the Son of Man will be just like the days of Noah.

For as in those days before the flood they were eating and drinking, marrying and giving in marriage, until the day that Noah entered the ark,

and they did not understand until the flood came and took them all away; so will the coming of the Son of Man be.  Matthew 24:35-39 (NASB)

But Noah found favor in the eyes of the Lord.

These are the records of the generations of Noah. Noah was a righteous man, blameless in his time; Noah walked with God.

God looked on the earth, and behold, it was corrupt; for all flesh had corrupted their way upon the earth.

Then God said to Noah, "The end of all flesh has come before Me; for the earth is filled with violence because of them; and behold, I am about to destroy them with the earth. 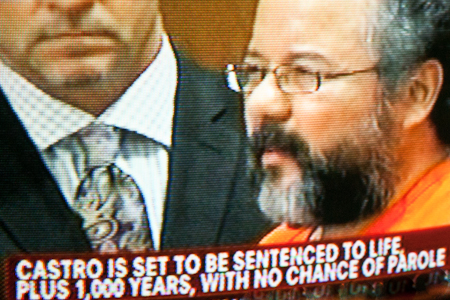 Two expert witnesses, both psychiatrists, gave testimony that Ariel Castro was not insane.

Two women, family friends of Amanda Berry and Gina deJesus, read statements by these two victims. Completing her reading, the deJesus friend and spokeswoman turned to Castro and in Spanish, she said,

"May God have mercy on your soul."

Michele Knight read her own statement.

Ariel Castro made statement including . . .

"I have never beaten or tortured these women.

I am not a violent person.

I was abused as a child.

I am a sexual addict - like an alcohol addict."

He described Castro as a narcissist. "You feel that you are a victim."

Then Russo read through his decision with a detailed listing of charges on each count.

"The scope of these crimes requires . . .

lifetime sentence without parole to 1000 years.

You have the right to appeal.

There is no place in this city, this country and indeed in this world for 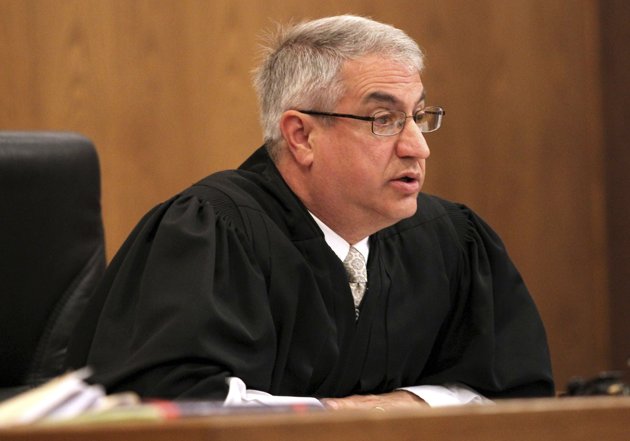 In America there are mayors, governors, generals, senators, congressmen and presidents of the United States who have been documented as sexually immoral. Some are known as predators. This same degeneracy exists throughout the world.

The history of mankind and present reality are not different.           The sins of the ancients as documented in the story of Noah and the Flood in the Book of Genesis, are still the sins of today's humanity. Mankind is not improving - because at the root, the human race is in rebellion against God.

Self-pity, narcissm, blaming others for one's sins will not obtain God's mercy for us.

True sorrow for sin - repentance - and the remedy of

mercy and forgiveness provided through

the suffering and death

of Yeshua/Jesus the Christ upon the Cross of Calvary,

is still our only remedy.] 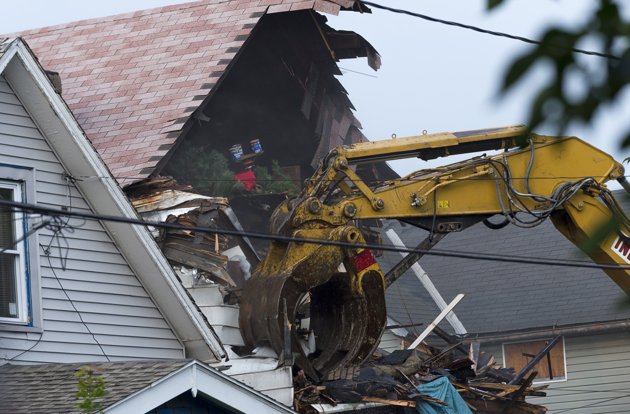