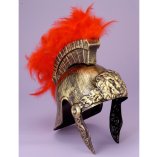 Joshua really had it together!

He had interned with the meekest man on Earth -- who had become the most powerful man on Earth because he was surrendered to the Almighty God, I AM THAT I AM.

Now it came about after the death of Moses the servant of the Lord, that the Lord spoke to Joshua the son of Nun, Moses' servant, saying,

"Moses My servant is dead; now therefore arise, cross this Jordan, you and all this people, to the land which I am giving to them, to the sons of Israel.

Every place on which the sole of your foot treads, I have given it to you, just as I spoke to Moses.

From the wilderness and this Lebanon, even as far as the great river, the river Euphrates, all the land of the Hittites, and as far as the Great Sea toward the setting of the sun will be your territory.

No man will be able to stand before you all the days of your life. Just as I have been with Moses, I will be with you; I will not fail you or forsake you.

Be strong and courageous, for you shall give this people possession of the land which I swore to their fathers to give them.

Only be strong and very courageous; be careful to do according to all the law which Moses My servant commanded you; do not turn from it to the right or to the left, so that you may have success wherever you go.

This book of the law shall not depart from your mouth, but you shall meditate on it day and night, so that you may be careful to do according to all that is written in it; for then you will make your way prosperous, and then you will have success.

Have I not commanded you? Be strong and courageous! Do not tremble or be dismayed, for the Lord your God is with you wherever you go."

5 "Now it came about when all the kings of the Amorites who were beyond the Jordan to the west, and all the kings of the Canaanites who were by the sea, heard how the Lord had dried up the waters of the Jordan before the sons of Israel until they had crossed, that their hearts melted, and there was no spirit in them any longer because of the sons of Israel."

Now it came about when Joshua was by Jericho, that he lifted up his eyes and looked, and behold, a man was standing opposite him with his sword drawn in his hand, and Joshua went to him and said to him, "Are you for us or for our adversaries?"

He said, "No; rather I indeed come now as captain of the host of the Lord." And Joshua fell on his face to the earth, and bowed down, and said to him, "What has my lord to say to his servant?"

The captain of the Lord's host said to Joshua, "Remove your sandals from your feet, for the place where you are standing is holy." And Joshua did so.

The Conquest of Jericho

[Please review the story for yourself, in Joshua, chapter 6.]

"24 Then Joshua gathered all the tribes of Israel to Shechem, and called for the elders of Israel and for their heads and their judges and their officers; and they presented themselves before God.

Joshua said to all the people, "Thus says the Lord, the God of Israel, 'From ancient times your fathers lived beyond the River, namely, Terah, the father of Abraham and the father of Nahor, and they served other gods.

Then I took your father Abraham from beyond the River, and led him through all the land of Canaan, and multiplied his descendants and gave him Isaac.

To Isaac I gave Jacob and Esau, and to Esau I gave Mount Seir to possess it; but Jacob and his sons went down to Egypt.

Then I sent Moses and Aaron, and I plagued Egypt by what I did in its midst; and afterward I brought you out.

I brought your fathers out of Egypt, and you came to the sea; and Egypt pursued your fathers with chariots and horsemen to the Red Sea.

But when they cried out to the Lord, He put darkness between you and the Egyptians, and brought the sea upon them and covered them; and your own eyes saw what I did in Egypt. And you lived in the wilderness for a long time.

Then I brought you into the land of the Amorites who lived beyond the Jordan, and they fought with you; and I gave them into your hand, and you took possession of their land when I destroyed them before you.

Then Balak the son of Zippor, king of Moab, arose and fought against Israel, and he sent and summoned Balaam the son of Beor to curse you.

But I was not willing to listen to Balaam. So he had to bless you, and I delivered you from his hand.

You crossed the Jordan and came to Jericho; and the citizens of Jericho fought against you, and the Amorite and the Perizzite and the Canaanite and the Hittite and the Girgashite, the Hivite and the Jebusite. Thus I gave them into your hand.

Then I sent the hornet before you and it drove out the two kings of the Amorites from before you, but not by your sword or your bow.

14 "Now, therefore, fear the Lord and serve Him in sincerity and truth; and put away the gods which your fathers served beyond the River and in Egypt, and serve the Lord.

If it is disagreeable in your sight to serve the Lord, choose for yourselves today whom you will serve: whether the gods which your fathers served which were beyond the River, or the gods of the Amorites in whose land you are living;

but as for me and my house,

we will serve the Lord."

Our greatest, most powerful weapon is LOVE!

Apostle Paul wrote that for the Christian, the weapons of warfare are

NOT CARNAL, BUT SPIRITUAL.

Jesus Christ said there is a time to take up the sword,

and the Promises of God in Scripture,

that brings the angelic host to our aid.

This accomplishes the victory of Heaven upon the Earth.

The Armor of God

Finally, be strong in the Lord and in the strength of His might.

Put on the full armor of God, so that you will be able to stand firm against the schemes of the devil.

Therefore, take up the full armor of God, so that you will be able to resist in the evil day, and having done everything, to stand firm.

Stand firm therefore, having girded your loins with truth, and having put on the breastplate of righteousness,

and having shod your feet with the preparation of the gospel of peace;

in addition to all, taking up the shield of faith with which you will be able to extinguish all the flaming arrows of the evil one.

And take the helmet of salvation, and the sword of the Spirit, which is the word of God.

With all prayer and petition pray at all times in the Spirit, and with this in view, be on the alert with all perseverance and petition for all the saints,

and pray on my behalf, that utterance may be given to me in the opening of my mouth, to make known with boldness the mystery of the gospel,

for which I am an ambassador in chains; that in proclaiming it I may speak boldly, as I ought to speak. . . .

Peace be to the brethren, and love with faith, from God the Father and the Lord Jesus Christ

Grace be with all those who love our Lord Jesus Christ with incorruptible love."