The People's Right to Choose

The Declaration of Independence was a magnificent presentation of the grievances of the American Colonies against an overreaching and overbearing government. It also laid out in spectacular wording for the first time the basic principles of freedom and liberty.

The preamble says in part "...to secure these rights, Governments are instituted among Men, deriving their just powers from the consent of the governed-That whenever any Form of Government becomes destructive of these ends, it is the Right of the People to alter or to abolish it, and to institute new Government, laying its foundation on such principles and organizing its powers in such form, as to them shall seem most likely to affect their Safety and Happiness."

Every successful businessman knows that without clear and firm laws that can be counted upon, it would be impossible to conduct successful business. If the laws to do business were subject to the whim of a judge or magistrate, it would not be possible to make clear plans and investments, and therefore, the businesses and economy would suffer. This system always leads to corruption, confusion, and the advancement of poverty rather than the increase of prosperity for the majority of people. Our system is a legal system, not an evolving so-called "living" system based upon the whims and biases of judges and magistrates.

However, we are experiencing dangerous encroachments upon the rights of the people and their right to self government, including the right to choose their own form of governance and the ability to amend or abolish such laws and government. 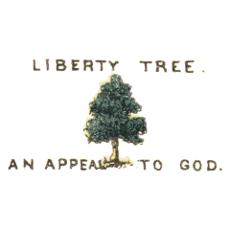 The most dangerous threat against all Americans is currently in play in the State of California over the right to define marriage and dictate what the Government may and may not do to the people of that state. The people of California seem to know instinctively the dangers of redefining and destroying traditional marriage. They also know that they have the right, according to their constitution and the U.S. Constitution, to change laws and amend their constitution. In short, they know they have the right to choose their own government-or do they?

A short review of events is in order. In the year 2000, California voters overwhelmingly approved (61% of the voters to 39%) the passage of Proposition 22, which defined legal marriage in the State of California as between one man and one woman. This was done in response to judicial activism which was, and is, currently promoting marriage as between two people regardless of gender. While this strong showing of the electorate surprised many, it meant nothing to the courts of California who overruled the change to the California Family Code saying it was unconstitutional.

So the good citizens of California complied with the ruling of the courts and passed an amendment to their constitution through the passage of Proposition 8 in 2008. This amended the California Constitution to read "only marriage between a man and a woman is valid or recognized in California." This also passed by a strong margin of the electorate. However, in a double jeopardy ruling, United States District Court Judge Vaughn R. Walker overturned the amendment on grounds that it would be unconstitutional with a scathing anti-Christian rant as a ruling. His ruling has been upheld by a Federal Ninth Circuit Court of Appeals panel. The panel also affirmed that they believed Judge Walker was not obligated to recuse himself from the case because he is a practicing homosexual. This decision is being appealed to the Supreme Court of the United States.

The Supreme Court case Marbury vs. Madison (1803) is considered by many jurists and legal scholars to be the most important ruling ever from the U.S. Supreme Court. In part, the ruling stated, "That the people have an original right to establish, for their future government, such principles as, in their opinion, shall most conduce to their own happiness, is the basis, on which the whole American fabric has been erected . . . The principles, therefore, so established, are deemed fundamental.

And as the authority, from which they proceed, is supreme . . . they are designed to be permanent . . . The powers of the legislature are defined, and limited; and that those limits may not be mistaken, or forgotten, the constitution is written."

"To consider the judges as the ultimate arbiters

of all constitutional questions [is] a

one which would place us

under the despotism of an oligarchy. . .

The constitution has erected no such single tribunal,

knowing that to whatever hands confided,

with the corruptions of time and party,

its members would become despots."

Jefferson's warning has become frighteningly prophetic. The foundations of the Republic and the people's right to choose and change their government are at stake. When the vote of seven million citizens is considered null by one judge-self government has been dealt a blow from which she must at all costs recover. If a citizenry has been robbed of its God-given right to amend its constitution, then liberty by law is in grave peril.

as we see occurring in this case,

over the field of jurisdiction,

until all shall be usurped from the States,

and the government of all be consolidated into one.

When all government... in little as in great things,

shall be drawn to Washington as the center of all power,

it will render powerless the checks provided

of one government on another and will become

as venal and oppressive as the government

from which we separated."

Ours is a unique nation. The only nation in history to declare in its laws-beginning with its foundational documents-that man is sovereign over government and God is sovereign over man. These rulings are no less than a clear attack upon all freedom, and Christianity in particular, as well as the fundamental right of the people to choose their government. What is at stake is liberty itself and the right to choose our government. It matters not what your opinion is on redefining marriage-there is something much more fundamental at stake here-freedom. If these rulings are allowed to remain, all citizens, regardless of sexual preference, will have been placed under a judicial tyranny which our forefathers would never have accepted. It needs to be corrected at any cost.

If I may paraphrase John F. Kennedy-

those who make peaceful change impossible

will make change by other means inevitable.

with the liberty tree upon it

and these words emblazoned across it,